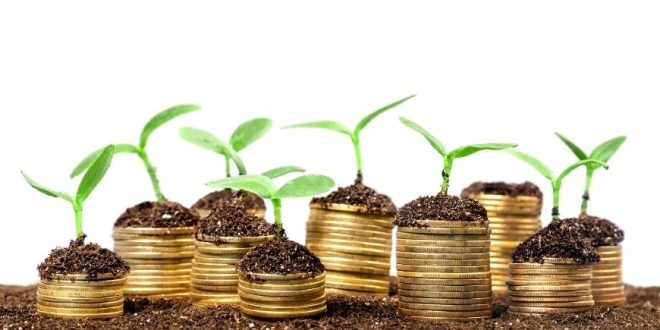 The series of investments by Krafton in India since last year has pointed towards more such investments by the gaming giant to take place in the near future. The update on investments along with PUBG’s return as Battlegrounds Mobile India has made the esports industry excited

After a long suspension of India’s most favourite PUBG, Krafton Inc. has officially launched the game as Battlegrounds Mobile India on the Google Play Store. Its return to the Indian gaming market has enthralled the stakeholders especially the esports companies, who are planning numerous events around the battle royale game.

The developer recently shared an update on its plans for the Indian gaming ecosystem. While the company in November last year shared making $100 million investments in India to improve local video game, esports, and other industries, it confirmed its investments in Nodwin Gaming and Loco.

With the investments of Krafton are closely observed by the industry people, a boisterous push is anticipated to esports companies and start-ups. As per the Venture Intelligence report, since April 2020, venture capital funds have invested $438 million in Indian gaming start-ups. Inc 42 Plus reported a similar trend where the total venture capital funding in Indian gaming start-ups was estimated to be $448 million between 2014 and 2020.

With the whopping success of PUBG, Krafton has grown rapidly. It now has over 2000 employees worldwide with around 20 global offices, including India. Now, Krafton hopes to bring greater entertainment and a better gameplay experience for fans around the globe, especially in India. Having successfully completed the pre-registration and early access phase of BGMI, Krafton is set to further commit and invest in growing the gaming ecosystem in the country.

Aligned with the commitment of investing $100 million in India, Krafton has already started to collaborate with a host of partners and organizations to build India’s esports ecosystem. The gaming giant has made a minority investment of $22.5 million in Nodwin Gaming earlier this year. The company also carried out a seed funding worth $9 million in the gaming live streaming platform Loco and other investors.

Besides these investments, Krafton is continuing its search to invest in promising firms that will help it realize its vision of building and expanding a healthy gameplay environment alongside the growth of its local video game and esports industries.

Although the PUBG ban created a void last year and dismayed a large number of gaming enthusiasts as well as amateur and professional esports players, the comeback has been much awaited especially by the esports companies. Akshat Rathee, Co-Founder and MD of Nodwin Gaming, speaks on the return, “The comeback of BGMI in its new avatar is the beginning of a new era in Indian gaming and esports. New teams will form, new stars will rise, and the heroes of earlier will get a chance to claim their throne again. We at Nodwin Gaming are extremely excited to see what the future holds.”

Commenting on the release of BGMI, Pranav Panpalia, founder, OP Gaming and OpraahFx, says, “Good to see BGMI finally releasing in India. I am confident that it will provide a great opportunity for the entire esports ecosystem – the gamers and the brands. Although the beta launch viewership has been decent enough, the industry at large had higher expectations. It was a clear indicator that the audiences and gamers have made themselves accustomed to newer and other games. Now that the game is launched, it will be interesting to see how the gamers and brands make the best use of it.

“While it is a great game to build a larger audience base on, I would suggest that the gamers stay diversified and play other games too even if the audiences demand one particular game. It is only this that will help them build a stronger gaming community for themselves.” Pranav adds.

Further, Tarun Gupta, Founder, Ultimate Battle, shares his excitement. He comments, “At Ultimate Battle we were excited and eagerly waiting for BGMI to launch in India. It finally seems to be happening now and it’s historic. The first reactions from both professionals and casual gamers will be critical as this will reflect on the overall acceptance of BGMI in India. It’s also important to mention the expectations of the esports community from BGMI are really high.

“We’ll also be looking into adding BGMI to All India Esports league (AIEL) which will be launched this month,” he says.

Abhishek Aggarwal, Co-Founder & CEO, Trinity Gaming, speaks on how this comes as a great opportunity for the esports influencers. He states, “Finally, we all are witnessing the historic moment in the Indian gaming and esports industry as this exclusively designed game will fuel the growth of mobile gaming in India and the game will leverage the power of the mobile-first gaming ecosystem of the country. The journey from becoming a gamer to an influencer has just begun and it will be exciting to see how new gamers will grab this opportunity. For the gaming and esports content creators, it will be a new route to explore more new content and also engage with the new set of followers of Battlegrounds Mobile India.”

As an expert from the esports industry, Lokesh Suji, Director, Esports Federation of India & Vice President of the Asian Esports Federation (AESF) speaks, “After much discussion, we can now finally roll on to the exclusive esports game, created just for Indian players. It is much celebrated because of the exclusivity it offers and it also portrays how important the Indian esports sector has become for global gaming developers. With the latest launch, we can envision that the gaming community will thrive and we can expect to see more exclusive multi-player games being curated for the Indian market. It also supports our vision that India will become the next powerhouse in esports.

“It would have been great to see if our Indian game developers will create a game based on Indian ethos and culture which will create the exact buzz and hype just like BGMI did in India.”

After Madras high Court, now the Kerala High Court has brought a sigh of relief …