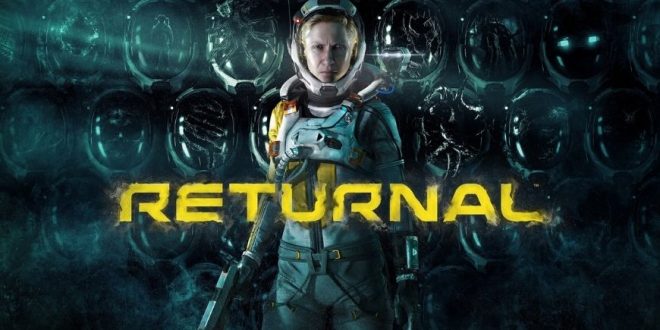 Returnal is yet another in the series of big global game titles that Lakshya has recently worked on including State of Decay, Sea of Thieves, Just Cause 3, Spyro Reignited Trilogy and Dauntless among others

Returnal is Sony PlayStation 5’s exclusive game from the house of Finland-based game developer- Housemarque. It is a hard-hitting third-person shooter roguelike video game that puts the gamer’s capability with the controller to test with spontaneous decisions of fight or flight. The player starts with a basic pistol but quickly discovers other weapons. The more the player uses a weapon, the more weapon proficiency increases, and this applies to each weapon class. Returnal is the best PS5 exclusive so far and is at top of every gamer’s list.

Speaking on the collaboration with Lakshya, Niko Mäkelä, Art Manager, Housemarque said, “Lakshya joined us quite early in the production of Returnal for Playstation 5, expanding our reach in rigging and animating a wide range of in-game creatures. Lakshya created a good number of props and key environment assets in 2020. Most of the latter were epic in size but still detailed. Through our collaboration, we were able to find common grounds and atmosphere of shared investment and responsibility. Our contact points at Lakshya were cordial, attentive, and quick to react to changing requirements or course correction.”

Gurugram headquartered Lakshya started working on the Returnal project in 2018 and has created several environment pieces and props for the game. Lakshya has also worked on character animation and rigging.

Manvendra Shukul, Founder, Lakshya said, “It was very exciting to work on a hugely popular global game like Returnal. The project brought out the true expertise of Lakshya team in creating props, including key environment props, rigging and animation of creatures. With the addition of our Bengaluru studio at the beginning of this year, we are looking forward to continuing to contribute to more such cutting-edge global game titles in future as well.”

Lakshya is a leading game art studio in India that works for major game developers like Sony, Microsoft, etc. and is one of the few companies globally to have six-game development teams globally.

Lakshya has a presence in Gurugram, Bengaluru, and Pune in India, Seattle in the USA, Tokyo in Japan, and London in the UK. With the leadership team in place, the new Bengaluru studio began operations in March 2021.

With India emerging as a key game development services destination, Lakshya, one of the very first game development services companies in the country, has worked on several popular global games like the State of Decay, Just Cause 3, Middle Earth: Shadow of War, Dauntless, Nier Automata, Spyro Reignited Trilogy, Sea of Thieves and Last Stop, which is yet to be launched.

The online gaming segment is estimated to be a $1.1 billion opportunity by this year, according to Google-KPMG. By then, India is expected to have more than 190 million gamers.