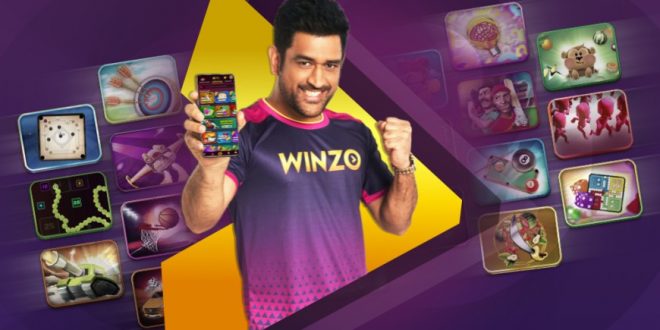 The company in a statement said that Dhoni will feature as a part of WinZO’s upcoming multi-channel and multi-modal marketing and branding campaigns, the production of which is currently underway.

Mahendra Singh Dhoni, Brand Ambassador, WinZO said, “Winning is always about mindset and attitude. I am thrilled to partner with the like-minded team at WinZO in their growth journey to disseminate this attitude of winning across the country. Being an avid gamer myself, I connect very closely with the vision of the company and am excited to be associated with the leaders of this rapidly growing trillion-dollar industry. Together with WinZO, we will strive to make this Indian brand become the global powerhouse of gaming and entertainment.”

This announcement came shortly after WinZO’s recent announcements around roping in YouTube sensations CarryMinati and Bhuvan Bam as its digital brand ambassadors.

Paavan Nanda, Co-Founder, WinZO said “Mahendra Singh Dhoni is one of the names that unite India in a true sense. His relatable and inspiring story and humble personality make him a beloved and widely followed celebrity who personifies trust and success. He has won all there is to be in the world of cricket as India’s captain. We at WinZO are thrilled to have the ‘win-machine’ onboard. Partnership with Mahendra Singh Dhoni who has proved himself to be a game-changer, a composed leader, and a winner surely resonates with the aspirations of the Indian youth and WinZO’s users. Together we aspire to take social gaming to the masses of this country cutting across age and gender.”

Previous Witzeal Appoints Naveen Goswami As Head Of Innovation
Next Nodwin Gaming, Bacardi To Bring Nh7 Weekender Back To Pune