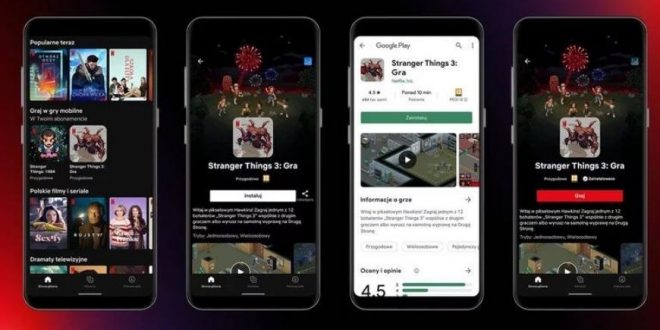 Netflix’s Route To Gaming Subscription – A Hit Or Miss?

In the middle of acknowledging gaming as a mainstream platform, here come the subscription gaming services where the OTT giant Netflix can be called as one of the early entrants. While there are still no signs of the success of the subscription model, the Indian gaming industry experts believe that the services are set to become the next big thing, in fact, the disruptor

As Netflix begins the trial with a limited two-game Android playtest exclusively for Poland, the gaming buffs from around the world are eyeing its next move. The OTT giant debuting in gaming updated the fans about the move through the Netflix Geeked Twitter account. The Polish gamers had the chance to try mobile games inspired by one of Netflix’s most popular shows: Stranger Things.

BW Businessworld spoke to Netflix about its new subscription-led move. The spokesperson from Netflix said, “Our members value the variety and quality of our content. It’s why we have continually expanded our offering – from series to documentaries, film, local language originals, and reality TV.”

“The members also enjoy engaging more directly with stories they love – through interactive shows like Bandersnatch and You v. Wild, or games based on Stranger Things, La Casa de Papel, and To All the Boys. So, we are excited to do more with interactive entertainment,” adds the spokesperson.

Netflix’s gaming plan will surely not be costing anything to the existing OTT subscribers. The subscription model plan was shared by Netflix Geeked assured players of games will be included with Netflix membership along with the fact that fans can count on “no ads” and “no in-app purchases.” The thread ended with a promise for more news to come.

However, if the subscription model is right for the Indian gaming landscape remains a relevant question as the country is still evolving in the space. The country is still accepting gaming as a mainstream entertainment source for the masses in huge. But the subscription services for the gaming industry are set to become the next big thing, in fact, the disruptor, believes the experts.

Speaking on the gaming subscription model and its future in India, Rajan Navani, CEO & Founder, JetSynthesys says, “During the pandemic we saw content creation in many of the sectors of the media and entertainment industry suffered setbacks, while at the same time the growth in gaming has been very significant. I think it will be a large gaming ecosystem, and gaming will be integral to the media and entertainment industry in the future.”

“We have been able to drive subscription in our cricket games, where we have loyal customers who are playing a lot more month on month because they are enjoying the experience. I think a subscription to a gaming is significantly different from a subscription to a platform that is more for consumption. Subscription eventually will have multiple flavours. It will be interesting to see how subscription-based gaming platforms will bring their knowledge to the gaming ecosystem,” Navani adds.

Pranav Panpalia, Founder OpraahFx and OP Gaming says, “The subscription model can be a hit if priced appropriately and partnered with the right gamers and gaming content creators. It will further build a niche and attract those who are serious about the game and gaming ecosystem. Also, this in a long run will help us improve gaming content. However, it may take a while, but people will eventually adopt this model like how they adopted OTT culture.”

Madhur Singhal, Managing Partner and CEO, Praxis Global Alliance believes that users are looking for on-the-go avenues for entertainment and mobile gaming subscriptions are set to grow. “Indian traditional video game culture was inhibited by limited distribution, affordability concerns due to traditional games and equipment being expensive, and non-availability of many traditional arcades & gaming zones.”

The subscription services do not seem to be uprooting the industry yet, but there are new entrants. “India is going through a habit formation phase where consumers are trying and getting used to gaming. Subscriptions have historically been low in India across categories but will happen as it took OTT subscriptions a lot of time before it took off at scale,” concludes Singhal.

Previous Trinity Gaming, Truke Join Hands For New Campaign
Next US Gaming Market Revenues To Jump Over $33.5B by 2022