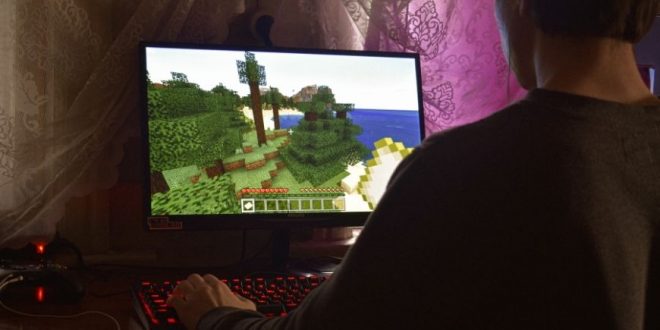 New Launches That Can Bet Big

As game studios begin working from home during the COVID pandemic, several big releases originally planned to launch in 2020 have been pushed back. Now there are plenty of big games, both delayed and newly announced, to look forward to in 2021.

Here are the most anticipated games of the year to watch.

The first Psychonauts game, which launched in 2005, was under-appreciated. Produced by the newly minted Double Fine Productions, headed by ex-LucasArts elite Tim Schaefer of Adventure Games. Psychonauts 2 is a Platform game developed by Double Fine and published by Xbox Game Studios. The game was announced at The Game Awards 2015 ceremony and released on August 25, 2021, for Microsoft Windows, PlayStation 4, Xbox One, and Xbox Series X/S. Psychonauts 2 is a third-person platformer game similar in gameplay to its predecessor. The player controls Razz, a newly graduated with powerful psychic abilities. The player uses “psi-powers” in combination with more common platform game elements, such as telekinesis, pyrokinesis, and more, to explore the mental worlds of several non-player characters

Starting with the 2016 reboot of Hitman, Agent 47 and his handler and friend Diana Burnwood have to take down high-ranking members of a mysterious organization called Providence. These missions will take you around the world in search of high-profile targets, uncovering the secrets of a shadow client and his links with Providence and Agent 47. Hitman is a 2021 stealth game developed by io Interactive for Microsoft Windows, PlayStation 4, PlayStation 5, Xbox One, Xbox Series X/S, Stadia (under the title Hitman: World of Assassination) and Nintendo. It is the eighth main installment in the Hitman series and the final entry in the world of assassination trilogy after Hitman (2016) and Hitman 2 (2018). The single-player story concludes the plot that began in Hitman, and follows the genetically engineered assassin Agent 47 and his allies. Because they are the leaders of Providence, the secret organization. Hitman received positive reviews from critics

his kidnapped daughter. After a fatal encounter with Chris Redfield, he finds himself in a village filled with mutant creatures. While Village retains the survival horror elements of the Resident Evil series, the game adopts a more action-oriented gameplay style than its predecessor. Resident Evil Village received generally favorable reviews, praising it for its gameplay, setting, characters, and variety, although it was released on the Windows version for its puzzles, boss battles, and more. The game’s greater focus on action over its predecessor received more mixed opinions.

The upgraded version of Garena Free Fire, one of the most popular mobile gaming platforms, is now ready for pre-registration. Garena Free Fire Max Pre-Registration is Live on Google Play Store. Free Fire. Max is an upgraded version of the original Free Fire game with improved graphics, effects, audio quality, and enhanced features. Currently, the beta version of the new game is available on both Android and iOS platforms in select regions such as Malaysia, Bolivia, and Vietnam. The company has introduced a new feature- FireLink technology, which will allow cross-play between both Free Fire and Free Fire Max. Despite the same premise as the original Free Fire, it is a whole different game with an improved graphic. Also has improved audio quality and animations including zone effects, weapon effects, & more. Currently, only select areas of the globe can access the beta for the new game. Vietnam, Malaysia, Bolivia, and Bolivia, among others. New features, such as Firelink technology have been added by the developers. Free Fire Max and Free Fire Cross-Play will be compatible. Craftland and 360 Degree Lobby are among the other changes.

F1 2021 is the official video game for the 2021 Formula One and Formula 2 Championships, developed by Codemasters and published by EA Sports. It is the fourteenth title in the F1 series by Codemasters and the first in the series published by Electronic Arts under its EA Sports division since F1 Career Challenge in 2003, after Codemasters was acquired by Electronic Arts just a few months before the trailer was released. The game introduces the story mode Braking Point, set across three years (the end of the 2019 Formula 2 season, then the 2020 and 2021 Formula One seasons). According to a statement by Codemasters, Braking Point “immerses players into the glamorous world of Formula One, giving a taste of the lifestyle both on and off the track: the rivalries, emotion and dedication needed to compete at the highest level”. Braking Point is based on the Netflix docuseries Formula 1: Drive to Survive. There are five selectable teams in the mode: Racing Point (later Aston Martin), Scuderia AlphaTauri, Alfa Romeo Racing, Haas and Williams.