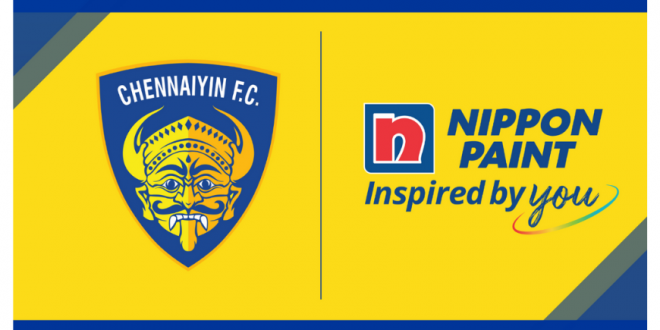 Nippon Paint, India (Decorative Division), will be associating with Chennaiyin FC for the fifth consecutive year. Chennaiyin FC began its association with the Nippon Paint ahead of the 2017-18 season, in which the Marina Machans won the championship for the second time.

The partnership has created several community-driven initiatives like ‘Adding Colours To Life,’ bringing out stories of the stakeholders, fans, community members, and people from the city carrying out selfless deeds during the Covid-induced lockdown last year.

“Our faith in Chennaiyin FC continues, and that’s for everyone to see through our consistent association with them. Everyone at Nippon Paint is connected with the club, and we wish the squad the best of luck for the new season,” said Mahesh S. Anand, President (Decorative Paint), Nippon Paints, India.

Chasing the coveted trophy for the third time, Chennaiyin FC is all set to kick off the eighth ISL campaign in Goa against Hyderabad FC on November 23.