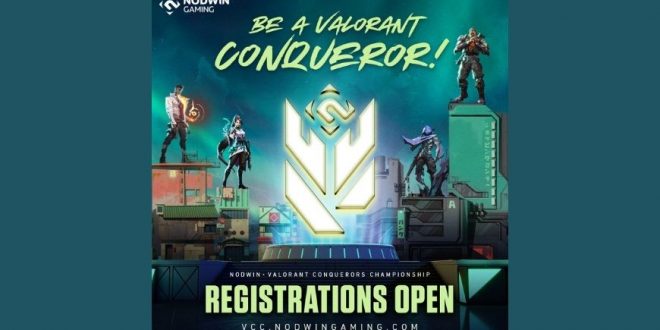 Nodwin Gaming and Riot Games have joined forces to roll out the Valorant Conquerors Championship as the qualifying tournament to the Apac Last Chance Qualifiers, which is a part of the 2021 Valorant Champions Tour. Teams will compete in multiple sub-regional qualifiers, playoffs, and grand finals for a prize pool of Rs 25 Lacs (33,000 USD). The registrations for VCC have opened today, 15 June.

Each sub-regional qualifier will have a set number of slots filled in through registrations followed by the online qualifying matches. Wildcard will feature all the runner-up teams from the sub-regional qualifiers, who will play a double-elimination match series to earn a slot in the VCC Playoffs. A total of eight teams will make their way to the playoffs. The eight teams will undergo a group stage in the playoffs with the top two teams from two groups making their way to the Grand Finals. The playoffs will take place from 19-22 August and the Grand Finals on 28 and 29 August.

The matches will be live on Nodwin Gaming YouTube and Twitch channels.

Previous Playerzpot Releases DVC & Football Anthem For UEFA League
Next Can Too Many Gaming Startups Spoil The Broth?