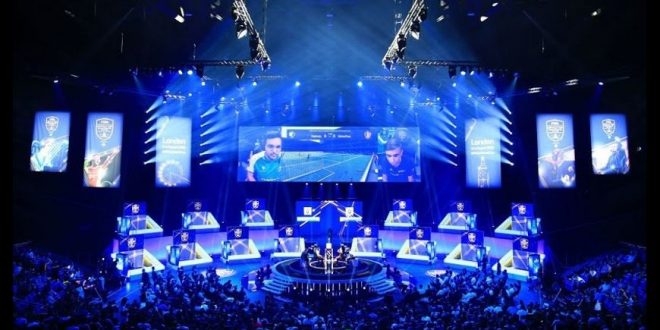 A women mentalist and magician, Suhani, has been introduced in the entertainment segment to read people’s thoughts. This was curated as a filler between the semi-final and the final round

Gaming has been growing rapidly in India. Unsurprisingly, students are gaming more – and winning big. In May 2021, Red Bull Campus Clutch challenged student gamers across India.

Students needed to be Valorant players and team up with five other players to represent their campus. They would then compete across three phases: Qualifiers, National Finals, and World Final.  If they won, they would create history for their university and their country.

OML Entertainment executed the Indian leg of the quarterfinals, semi-finals and the finals of Red Bull Campus Clutch 2021. But they pushed it further by curating an entertainment segment as a filler between the semi-final and the final round. This was the first time this was done in India during a live game and gave a fun and much-needed break to the qualifying team and the casters.

Suhani is one of the first women mentalists and magicians in India. She combines human behaviour and psychology principles with magic to read people’s thoughts and understand how they think.

During the game, Suhani interacted with gamers – Ankit V3nom Panth and Riyan Parag with the popular “Wrong answers only” and concluded her segment with a mentalism session.

Suhani seamlessly integrated the theme of Valorant in her trick. With a sealed envelope visible at all times in the background, she asked Ankit and Riyan to think of a few elements from the game. Names of agents, a score, a map, and several ‘kills.  She then asked that they reveal their thoughts to the public. They did. Suhani then opened the envelope lying in the background and et voila! Everything the players had thought of was already in Suhani’s envelope. Best of all, there was even a printout of the map they had imagined.

Ankit and Riyan were so astonished that Suhani had accurately “read their minds” that they got off their seats in disbelief. Riyan said “I have seen this kind of mentalism on America’s Got Talent and Britain’s Got Talent, but I have never experienced this in person”. Ankit V3nom Panth was too speechless to react. When he recovered, he said, “This is insane! Hats off to you. We had thought of 2 agent names and both predictions were on point’. To the audience he said, “I promise you all, we didn’t discuss any of this before the act”.

Red Bull India and OML partnered with Hemkunt Foundation and Give India and encouraged viewers of the stream to donate to these charities for COVID relief across the country.