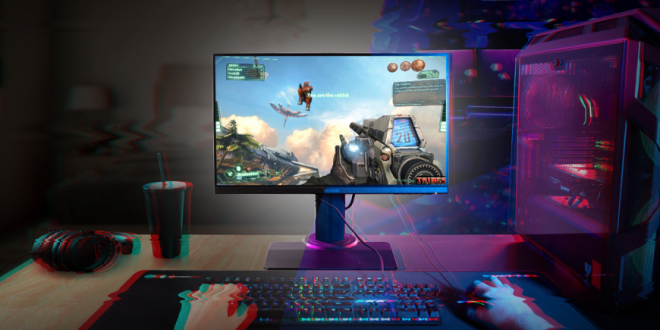 HP has released the India Gaming Landscape Study 2022 comprising a plethora of data, numbers and statistics about the sunrise industry of Indian gaming. One of the key insights highlighted by the report is that Indian Gamers are showing a strong interest towards a career in gaming. The report also states that PC is still the most preferred device for gaming among Indians.

The study covering over 2000 respondents across 14 Indian cities highlighted that 68 per cent of gamers voted for PC as their preferred choice of device as it offers better processors, design and graphics with immersive displays. A study also shows that a majority of gamers feel gaming offers good earnings prospects along with multiple career choices. 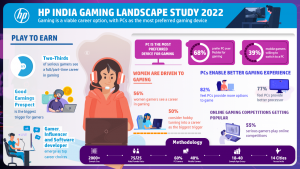 BW Businessworld spoke to Vickram Bedi, Senior Director, Personal Systems, HP India about the rising demand for good and affordable gaming systems. He claimed that the case of India having an overwhelming majority of mobile gamers is a boon. “The fact that there is so much mobile gaming in India is the best thing ever,” said Vickram Bedi. He emphasised the aspirational perspective of gaming and that people are always looking towards upgrading and that is what is driving this growth. He strongly believes that mobile and PC gaming can not only co-exist but also be each other’s companions.

“As the gaming industry in India evolves, it is promising to see gaming being considered as a career option. The PC gaming landscape in India offers a tremendous opportunity for the youth and we, at HP, are committed to support gamers in their journey by providing knowledge, tools, and opportunities to upskill and help them become better at their game through OMEN community initiatives,” added Bedi.

The growth of the gaming industry in India is also helping Indian gamers to try their hand at various career options. While becoming a gamer remains the most preferred, other options like becoming an influencer or a gaming software developer also interest them.

“The strong preference for PC gaming represents a massive business opportunity for us. We remain focused to engineer the best experiences based on user insights to enable a holistic and advanced gaming ecosystem in India”, added Bedi.

As per the study, women gamers are on the rise in India and are eyeing a career in gaming. 50 per cent of the respondents are aiming to turn their hobby into a profession.

We spoke to Abhishek Issar, founding member of the Federation of Esports Association of India and one of the panellists at the report launch event organised by HP about his comments on the National Education Policy and its efforts to introduce a curriculum based on gaming.

“The National Education Policy 2020 will help esports in a tremendous fashion.”, said Abhishek Issar. “We used to talk back in the day how we would perform better in sports if it was included in our curriculum. Esports sits on a similar ambit. The Prime Minister is taking an official stand to induct the National Education Policy 2020 in educational institutions with gaming as a subset in the NEP, “added Issar.

He emphasised on the fact that a proper esports curriculum where a gamer can be ranked during his early teens would be greatly beneficial for the Indian esports ecosystem.

In the dimly-lit and music-filled corridors of the venue, we also came face to face with Moin Ejaz who recently led the Indian Dota 2 contingent to a bronze medal victory at the Commonwealth Esports Championships 2022. We skipped the arduous ‘How did you feel after winning?’ conversations and jumped right into his future goals regarding esports.

“I’m looking forward to winning more medals for the country and building a stronger team for future competitions,” stated Ejaz.