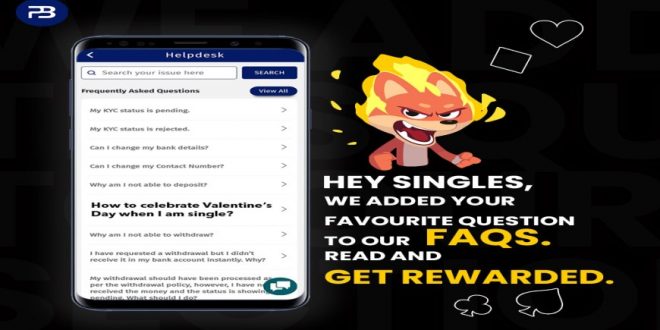 PokerBaazi.com, an Indian online poker platform from the house of Baazi Games, is celebrating the season of love with their unique campaign “Don’t be single, be the Golden single” this Valentine’s Day.

PokerBaazi.com added the age-old question to its FAQs section and made it rewarding with a fun integration on the application. For the reward, on 14th February, during any Texas Hold’em game, if the participant is dealt Queen and King of Hearts, they can just take a screenshot and add it to their Instagram story tagging PokerBaazi and National Poker Series to win a free ticket to the Golden Rush Tournament at the National Poker Series 2022 to be held between March 6 – 20th.

Additionally, NPS Podium finishers will get to play the international poker event in Las Vegas, USA. The tournament series offers both new and experienced poker players a chance to win gold, silver and bronze medals, as well as the renowned title of India’s national poker gold medalist. NPS India 2021 was national in the truest sense, with players from across the country competing for 192 medals across 64 tournaments. 83000+ entries took the Rs 15 Crore prize pool to a mammoth Rs 19.41 crore.