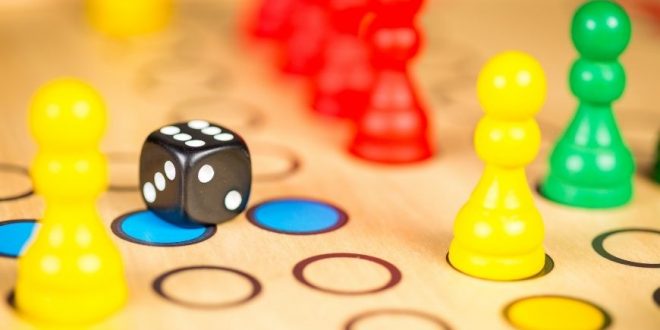 Dive deep into the world of casual gaming

Casual gaming is a type of video game or gameplay that targets a large, diverse audience that doesn’t want to spend a lot of time playing games. Games intended for casual gaming are usually fairly simple and don’t require the player to learn many new skills or a complicated set of rules. This is compared to a more dedicated gamer, sometimes referred to as a professional or hardcore gamer, who advances in a particular video game. Anyone interested in video games can be considered a casual gamer.

A casual gamer may invest less money in video games or video game consoles than a hardcore gamer, or may employ different styles of play which he or she finds enjoyable, but maybe less suited to progression within a certain game.

Temple Run is a 3D endless running video game developed and published by Imangi Studios. The player controls an explorer who has obtained an ancient relic and runs from demonic monkey-like creatures chasing him. The game was a commercial success with positive reviews from critics. The success of the game led to a sequel Temple Run 2. Collaborations with Disney/Pixar to create Temple Run: Brave and Temple Run: Oz, and the third spin-off in development by Scopely titled, Temple Run: Treasure Hunters is a match-three video game.

Subway Surfers is an endless runner mobile game co-developed by Kiloo and SYBO Games private companies based in Denmark. In the game, players take on the role of young graffiti artists who, when caught in the task of “tagging” a subway railway site, escape the inspector and his dog. As they run, they grab gold coins, power-ups, and other items along the way while simultaneously dodging collisions with trains and other objects, and they can also jump on top of the trains and surf with hoverboards to evade capture until the character crashes on an obstacle, getting caught by the inspector or getting hit by a train, at which point the game will be over. Special events, such as the Weekly Hunt, can result in in-game rewards and characters.

Candy Crush Saga is a free-to-play match-three puzzle video game released by King on April 12, 2012. In the game, players complete levels by swapping colored pieces of candy on a game board to make a match of three or more of the same color, eliminating those candies from the board and replacing them with new ones, which could potentially create further matches. Matches of four or more candies create unique candies that act as power-ups with larger board-clearing abilities. Boards have various goals that must be completed within a fixed number of moves or limited amount of time, such as a certain score or collecting a specific number of a type of candy. Candy Crush Saga is considered one of the first and most successful uses of a freemium model

Dr. Driving is a driving game that moves away from the classic sports racing model where speed is the key. Instead, it opts for a modal that lets you drive normal cars, in normal urban settings, and at normal speeds. The game has lots of different missions that generally require you to get from one point to another in the city, and then park your vehicle. The goal is not to go full speed through the streets of the city, but to take the bends well, not crash, and ultimately, to drive responsibly. Dr. Driving is a different and entertaining driving game, which for once, does not ask you to participate in thrilling road races. This time you must drive well but in a real way.

Ludo King is an Indian free-to-play mobile game application developed by Indian studio Gametion Technologies Pvt Ltd, based in Mumbai. The game is a modernization of the board game, Ludo, which in turn is based on the ancient Indian game of Pachisi.