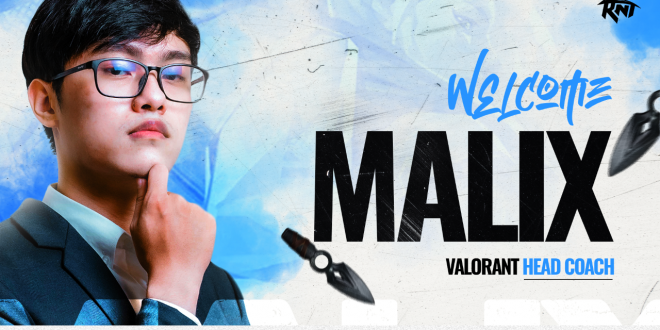 The announcement came as a massive boost for Revenant Esports’ Valorant team, especially with Malix being a distinguished coach from the international Valorant community. He specialises in performance and strategic coaching as well as player development.

“We are elated to welcome Malix to the Revenant Esports family. His coaching expertise in Valorant will help refine the team and will be of huge importance in certain areas where we definitely need some improvement. Having a competent coach is extremely vital if you want to thrive in Esports and we feel confident having signed a coach like Malix, who possesses all the necessary skills and abilities to take us to the next level. With him mentoring the team, we are looking forward to asserting our dominance in upcoming tournaments,” said Rohit Jagasia, Founder and CEO of Revenant Esports.

Earlier this year, Revenant Esports clinched the title of The Esports Club Community Cup and they were one of the four Indian squads to participate in the recent TEC Challenger Series wherein they had a spectacular semi-finals finish, battling against top South Asian teams.

Now, Malix will look to utilise his skillset to boost Revenant Esports’ performances by educating and mentoring the players, formulating game-winning strategies and helping the athletes achieve their potential.

“Joining one of the top Esports organisations in India is an amazing opportunity for me to take the next step in my career. Coaching Cerberus for two years was an unforgettable experience for me and I hope to scale similar heights here. I have followed the recent games of Revenant Esports to see where the squad can improve as a whole and I am waiting eagerly to discuss the strategies with the team. Hopefully, my experience will come of great use to the team and help us achieve success in the future,” said Yoon Kyung-Ho aka Malix.