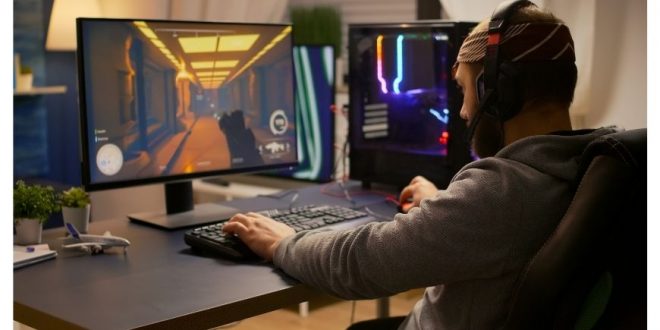 During the nationwide lockdown and other restrictions imposed in response to COVID-19, people allocated time to the forms of entertainment that can be enjoyed at home, primarily on video streaming platforms and video games. The coronavirus pandemic has affected our lives in many ways, including how we choose to spend our time and deal with unprecedented circumstances.

Mobile platforms also saw growth as compared to 2019. The audiences who don’t normally play games found themselves looking for new forms of entertainment. These days, almost everyone has a smartphone and can access the Apple and Google App stores, so more people than ever were turning their phones into gaming devices.

The increased popularity is filling a social void as much as bringing entertainment into many homes. Online gaming allowed people to connect – even in lockdown – through major titles such as League of Legends, Call of Duty, and FIFA, or broadcast events.

Games are certainly getting more users than ever. Players who started playing since the pandemic were declared convert to paying players at a higher frequency than longtime gamers, but their daily average revenue per paying user (ARPPU) was far lower.

As the initial boom of new players from COVID-19 conditions levels off, ARPPU for this cohort begins to normalize to metrics similar to past years. Daily ARPPU approaches that of existing players as the pandemic gamers filter out due to regular attrition, so remaining paying users in the cohort conform to the existing player spending.

Gaming usually experiences spikes of activity on the weekend, which then decline during the working days, usually hitting a low on Wednesday or Thursday. However, one effect of the COVID-19 restrictions was that many people were staying home the entire week, meaning that gaming habits of weekdays vs weekends have homogenized.

With more people staying home, the stickiness of HD gaming platforms has increased. Gamers typically have to carve out time in their schedules to continue playing games on their desktops or laptops, but the COVID-19 situation changed play habits.

The conversion rate for users installing mobile games from advertising views went up since the pandemic was declared, which means a higher percentage of players who viewed ads ended up installing the apps they watched ads for. There’s been an unprecedented decrease in cost per install (CPI) for gaming apps as non-gaming advertisers pull back their budgets. This means that fewer competitors are vying for the same user’s eyeballs.

The number of average mobile gaming sessions per player tends to increase over the early part of the year as people return to work since mobile games are bite-sized experiences that can be played while commuting or during lulls in the workday. After the COVID-19 pandemic was declared, the normalized session count per player has increased to above last year’s benchmark. The year-over-year gap has widened since the onset of the pandemic. The number of HD gaming sessions per player is generally inconsistent due to the effect of large game launches in a limited sample pool. We did not see a significant change in response to Coronavirus conditions.

Video games can have many positive effects on children and adults. While specific benefits will vary depending on the game being played, video games help you mentally. Whether you play them alone, partner with your child, or plan a date night with your spouse, gaming is a fun activity with tons of benefits, laughs.