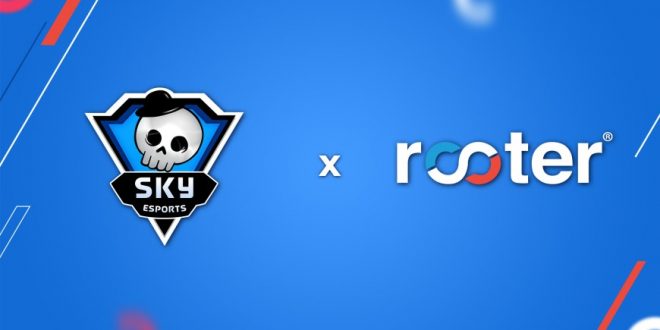 Rooter To Broadcast All Skyesports’ Tournaments For Next 1 Year

Rooter, an Indian game streaming platform on Monday said that it had acquired the media rights for all of Skyesports’ IPs for the next one year.

Moving forward, all of Skyesports’ original competitions will be broadcast on Rooter. The tournaments will be streamed in several languages which include Hindi, English, Tamil, Bengali, Kannada, Malayalam, and Telugu, informed the company.

Dipesh Agarwal, Co-founder and COO, Rooter said, “Skyesports is renowned for hosting some of the major esports tournaments in the country. Teaming up with a platform redefining Indian esports, this comes as a landmark deal for both entities. Rooter is the fastest growing gaming platform in India and we will help Skyesports reach millions of fans who will get the best esports content exclusively on Rooter. We also look forward to working with Shiva and the rest of the team to provide multiple engagement opportunities for fans with esports teams on Rooter’s platform.”

Shiva Nandy, Founder and CEO, Skyesports said, “Our goal has always been to make Skyesports’ IPs, which have been homegrown in India, more accessible. I am sure that our esports content will feel right at home on Rooter’s platform. Additionally, by distributing the media rights, we are empowering Rooter to implement strategies to further engage our already large audience. We look forward to closely working with them throughout the year to enhance the watching experience for the viewers while building esports from the grassroots level and launching more premium IPs.”

Rajan Navani, Founder and CEO, JetSynthesys said, “With Skyesports, we envisioned the creation of a closely-knit esports ecosystem at the grassroots level. It’s a pleasure to have Rooter join us as a partner and we look forward to working together with them to be able to accelerate our growth in terms of viewership in India.”