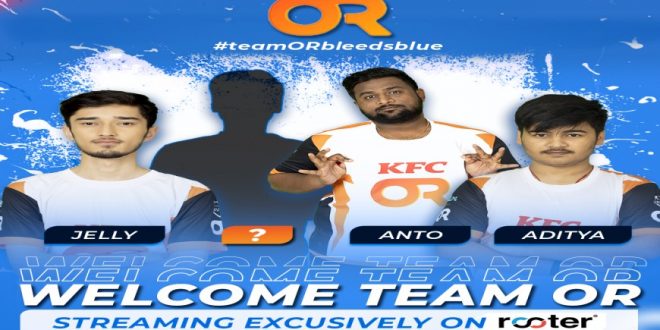 Rooter Partners With OR Esports As Broadcast Partner For 2022

Rooter, an Indian game streaming and Esports platform have teamed up BGMI team, OR Esports, as its official broadcast partner.

Rooter will also support exclusive streaming of their gaming events/tournaments on the platform and have its logo presence on all OR Esports merchandise and associated handles, according to the official statement.

Piyush Kumar, Founder, and CEO of Rooter said, “OR Esports has already taken the Indian BGMI space by storm with their fiercely talented, playfully unpredictable crew of content creators, and living legends of Esports. Teaming up with them will help us build a fun, massive, and competitive community of streamers and influencers on our platform.

OR Esports CEO and CPO, PTW, Kasturi Rangan, said, “We are thrilled to partner with Rooter to deliver an incredible gaming experience to our team of streamers and fans. The country’s leading Esports player and its community backing us reaffirm OR Esports’ commitment to scale Esports in India. This partnership will provide Rooter a perfect platform to engage its existing professional gamers and streamer community with our team members and achieve common milestones together.”