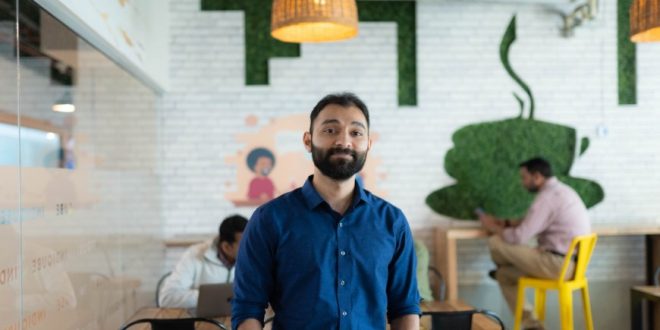 While the gaming industry has existed for many years, it has evolved multi-fold from the initial days of highly pixelated computer-based gaming. The technological innovations we have seen in the last decade, in tandem with the rising number of tech-savvy audiences, have been pivotal in this aggressive expansion.

The rise of smartphones has proven to be a game-changer for the gaming industry. With the advancements in processing power of smartphones coupled with more affordability and better availability, the gaming experience has been shifted out of the arcade and put into the palms of our hands.

As evidenced by the numerous people on our daily commute huddled over games on their devices, mobile technology has helped spread the passion for digital gaming beyond the much more expensive PC setups & gaming consoles.

In 2021, India had about 750 million smartphone users and is poised to become the 2nd-largest smartphone manufacturer in the next 5 years with more and more mobile users adopting smartphones.

Most people nowadays prefer using their mobile devices for gaming due to it being a much more convenient, simpler and faster way of enjoying their favourite activity anytime and from anywhere they want.

India has more than 560 million internet users, making it the 2nd-largest internet consumer in the world. The ever-improving reach of the Internet, especially in tier-3 cities and remote areas across the country has contributed massively to increased Internet usage.

In addition to the above, advancements in transmission technologies and high-speed 4G Internet penetration along with falling data tariffs have contributed handsomely to the cause of online gaming.

The advent of the 5G data network in India will drive this momentum even further and enhance gaming experiences. Once the 5G wireless technology is in place, cloud gaming could pave the way for the future of online gaming.

On the back of this boost in internet usage, audiences can watch and share live streams of games and can virtually connect with friends, family and peer groups, coupled with the rise in influencers encouraging Indians to play more games. The growth of channels like Discord and online multiplayer games have provided an opportunity for gamers to build friendships online and stay connected.

The online gaming industry skyrocketed especially amid Covid when online games started growing among people mainly due to the death of entertainment choices as well as staying connected in isolation.

The number of online gamers in India grew from nearly 250 million gamers in 2018 to about 400 million by the mid of 2020. Growing steadily for the last five years, it is expected to treble in value and reach USD 3.9 billion by 2025.

Earlier the primary concern with gaming apps, especially those involving monetary transactions, was whether they are fully secured and safe to use. As the data privacy guidelines became more stringent, we have seen a rise in technological advancements around the security of data as well as transactions. Apps nowadays are built with state-of-the-art security features and end-to-end encryption minimizing the risks around data security.

The payment methods are also highly secure and user-friendly. Users can do fast-paced deposits and withdrawals without any hassle. As different users have different preferences, the genesis of different payment methods have made it much easier for users to transact and has broadened the user base.

Also, with secure login options like the use of mobile OTPs or 2-step authentication, users no longer have to worry about the security issues related to their passwords getting stolen.

The evolution of affordable Cloud infrastructure means gaming companies can make flexible and readily scalable architectures that allow companies to focus on developing apps with optimal performance and user experience.

Cloud gaming means online gaming is now very accessible and games no longer need to be limited by the amount of processing power or memory that only expensive & dedicated hardware used to have.

With the ease of data storage and availability along with the advancements in data analytics, the vast dump of statistics together with predictive computer models and data processing techniques have contributed to better decision-making.

This ability to forecast future trends based on historical datasets has benefitted online gamers (mainly the ones into Fantasy Sports).

The growth of content platforms and influencers serving the consumption needs of users, especially in the field of Fantasy Sports, has helped fans who spend time on the internet to gather data & information as a part of their research to help them play better while creating their virtual teams.

For many sports fanatics, playing Daily Fantasy Sports is now an integrated part of watching a game that adds to the thrills & chills in the ongoing matches.

The Indian government has also recently undertaken several initiatives to boost the growth of the domestic gaming industry.

The Union Ministry of Education is working on policies to create job opportunities for students in online gaming.

Government programmes like Digital India along with the Digital Village scheme (aimed at boosting Internet usage & smartphone penetration in rural India) have helped the gaming industry to a large degree.

Moreover, 100 per cent foreign direct investment (FDI) has been permitted under the automatic route for online gaming in India. Recently Prime Minister Narendra Modi too, in the post-financial plan webinar, acknowledged the immense worldwide market of the gaming sector and expressed the country’s desire to explore and expand the same.

Times are changing and technology is forcing our hands at every turn, for the better. Better Tech has empowered businesses with new and improved systems that have better quality standards and take lesser time to become production-ready. This in turn has helped the businesses to improve their quality standards and ensure higher customer satisfaction so that they can offer better products and services. Riding on the back of this technological metamorphosis, the future of the online gaming industry looks as bright as ever.

The article is written by Ankit Upreti, Founder and CTO, Fantasy Akhada.