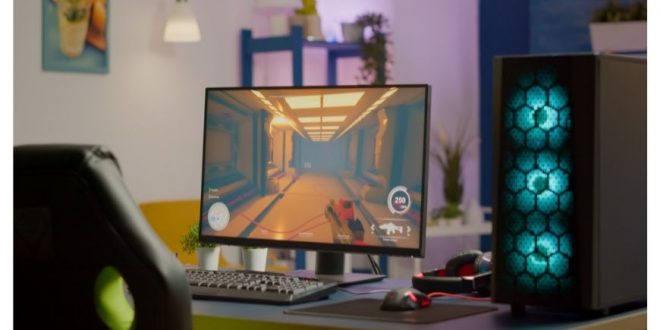 Skill Based Gaming: Redefining The Future Of Gaming Industry

The march is getting stronger and longer, catalyzing runaway growth numbers that have already scaled the US $1-billion-per-year mark. Increasing digital access, fuelled largely by the boom in Smartphone penetration, particularly during the COVID-19 pandemic, has sparked an online gaming revolution that has been outflanking almost every other sector of the Indian economy for many years now. But there’s far more here beyond just the fun and games, for projected growth numbers are staggering – leading research firm Ernst & Young predicts that industry revenues will touch US $3 billion by FY 2025.

According to KPMG, online gaming in India is projected to be a US $3.9-billion opportunity by FY 2025, with 657 million players indulging in some form of gaming or the other. Compare that to today, when India has around 350 million online gamers. Look back three years to 2018, when we had around 250 million online gamers, or to 2010, when the country had 20 million online gamers… These are inspiring numbers indeed, one that underscore the fact that online gaming is not just here to stay, but is emerging as an industry that can replicate the growth witnessed by India’s Information Technology sector in the 1990s and the new millennium.

Much like physical sports, online gaming is dominated by games of skill, rather than chance. Players compete against each other to lift titles and championships in real-money games, which include card games like Rummy and Bridge, besides FIFA and Fantasy Sports, which are virtual manifestations of their traditional counterparts. By their very definition, games of skill are distinguished by several factors – such as putting in time to learn the nuances of the game, honing their skills to ensure greater success, creating knowledge and experience over time. These are completely unlike games of chance, where the outcome is uncertain and depends purely on luck.

This fact has also been recognized by the Indian regulatory framework, including the Hon’ble Supreme Court, which has on many occasions clearly differentiated between games of skill and those relegated to chance and luck. Therefore, online skill games involving an entry fee are completely different from gambling or betting, the courts have repeatedly ruled. Most recently, the Madras High Court struck down several amendments to Gaming and Police Laws introduced by the Tamil Nadu Government, calling them “unconstitutional, unreasonable, excessive and manifestly arbitrary”, falling afoul of Article 19(1)(g) of the Indian Constitution and staunchly distancing online gaming from gambling and games of chance.

What needs to be understood is that India’s online gaming industry follows a strict Corporate structure, with companies registered as private limited entities and governed by Corporate principles, adhering to stringent laws of transparency and integrity in all their transactions at all levels. And this Corporate structure is growing steadily along with revenues, generating massive employment opportunities. The industry currently employs 40,000 people in direct jobs, of which 5,000 are employed in Bengaluru alone. By 2024, the online skill gaming industry is expected to employ around 2 lakh people in the country.

KPMG’s report, ‘The Evolving Landscape of Sports Gaming in India’, shows that gaming is fast gaining popularity across demographics, with a significant rise in female users and the 40-plus age group. There are nearly 400 start-ups in the gaming sector, with rising investments, exceeding around US $500 million. This growth is also providing a platform for software developers, event organizers, start-ups, investors and professional gamers, as also e-sports cafes and ancillary support industries. This is just a beginning; there is a huge scope for further direct and indirect employment, with roles such as marketing, coaching, content creation and management. Support sectors such as telecom, Fintech and IT will also gain.

With the rise in growth and popularity, responsible gaming and protection of gamers is now paramount. With this in mind, the industry follows a self-regulatory model to ensure all necessary checks and balances. All-India Gaming Federation (AIGF) has been at the forefront of ensuring global best practices through its self-regulatory mechanism and its ‘Skill Games Charter’, which covers all and sundry aspects of the online business process. It ensures players’ interests are protected by a two-level system, where the initial complaint is addressed by the individual gaming platform. If still escalated, AIGF then serves as the second level, dealing with it through any and all means required.

And let’s not forget that online gaming is more than simple fun or livelihoods on the phone or a larger screen. It sharpens thinking skills, improves digital literacy manifold, which is a boon in a country like India, key portents to creating a confident and competitive mindset – critical assets for our masses to become skilled and creative in their thinking, and stoking the fire of software professionals with global aspirations.

With the support of policymakers, India can emerge as an online gaming superpower. As mentioned by EY, India needs to create an e-sports policy that recognizes the legitimacy and potential of online gaming, provides direction within a standardized regulatory framework and creates development and training zones akin to physical arenas, increasing awareness and adoption.