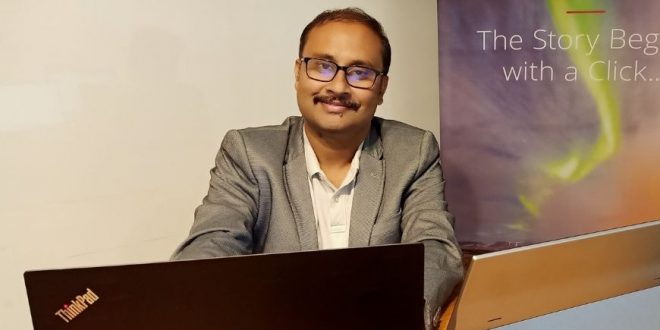 In conversation with BW Gaming World, ViewSonic India’s IT Business Head – Sanjoy Bhattacharya speaks on the new opportunities coming up in the gaming space for everyone alike, the increased customer base in the company’s gaming segment, and more

ViewSonic, an American brand is one of the leading global brands for visual solutions that focuses on display-centric product offerings that include LED monitors, projectors, commercial displays, and cloud computing solutions.

The brand swiftly became a key player in the visual display market, driven by the belief that displays have the power to transform everyday lifestyles. The company has utilised its years of in-depth knowledge and experience of the visual technology market to provide corporate, educational, healthcare, governmental, and gaming visual technology services and solutions.

Sanjoy Bhattacharya, the IT Business Head of ViewSonic, India spills the beans on how the company is targeting the gaming industry as an integral service provider. Bhattacharya speaks on the new opportunities coming up in the gaming space for everyone alike, the increased customer base in the company’s gaming segment, and more. Excerpts:

How solutions providers are looking at the gaming industry in terms of opportunities?

Gaming has been evolved. It’s now esports. Billions of dollars have been invested in this industry for the last few years. Gaming – especially esports is popular amongst school and college students. Society has accepted gamers as a new cool. It’s still a small industry but with high growth. It requires a community to address the segment and ecosystem partners, and processing unit companies such as Intel, NVidia, AMD are driving the system, while the component players like cabinet, colling, gadgets, high-speed monitors, and RGB lighting are building the block vendor. With the 4G /5G adaptation, the thrill of gaming became more entertaining. That is the reason why hardware, title, and the internet are becoming a winning trio for gaming and esports.

Has the customer base increased for the solutions providers (gaming industry customers)? Also, the increase in the number.

The gaming users are increasing approximately 20%YoY. So we can expect that approx. 0.5 M serious gamers are active users. If we take casual & entry gamers, the count crosses upto 2 M user base customers to play. All major hardware players are doing unique activities to make gaming popular in India.

How gaming development has changed in India?

Why gaming development is still at a nascent stage in India despite gaming being popular for a long?

Since 2017, gaming has become quite popular in India. From 2017 to 2020, every year gaming devices became a need of the youth. As 4G/5G is seen to have been quickly adopted by the youth, group gaming has gained more traction than individual gaming. Compared to Germany or South Korea, there are fewer Indian gamers but the growth is quite high. Along with the hardware prices becoming affordable and the modification of new technology, the rate of products becoming obsolete are getting faster and therefore, we are looking a faster growth of this country.