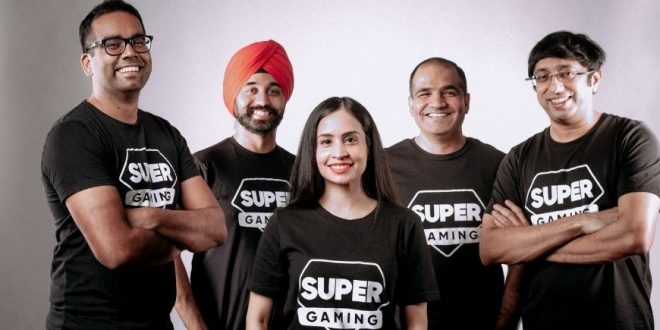 SuperGaming,  a game development company announced that it has raised USD 5.5 million (about INR 40.8 crore)  in Series A funding from Skycatcher, AET Fund (the venture arm of Akatsuki), BAce Capital, Dream Incubator, 1Up Ventures and Monish Darda.

The new corpus will support SuperGaming’s talent expansion to a team of 120 currently to over 200 within a year to scale up the development of technologically advanced projects, build out the publishing division of the company, and market existing titles. The company is working on a large battle royale game that is expected to launch in early 2022.

“SuperGaming’s rapid growth is a testament to the maturing Indian gaming industry backed by strong demand for newer channels of virtual entertainment”, says Roby John, CEO and co-founder. “Our aim is to utilise this fundraise to establish SuperGaming as India’s foremost gaming company. Having shown our capability of building globally successful multiplayer games, we are now expanding our world-class talent pool and accelerating development of new titles.”

SuperGaming previously raised $1.3 million (about INR 9.36 crore) in its 2019 Seed Funding from Dream Incubator, Akatsuki Entertainment Technology Fund and Better Capital. The company’s published titles MaskGun has recently crossed the 50 million installs milestone while Devil Amongst Us touched 10 million installs within just 4 months of its launch. It also runs games for remote work teams Bored which is now popular in over 2500 Slack workspaces globally especially across US, UK and India.

Speaking on the investment, Sia Kamalie, Founder & Fund Manager of Skycatcher said, “India is easily the most exciting single market for gaming in the next decade and is developing at an extraordinary pace on the ground. The team at SuperGaming is well positioned to capture both India and the global video game market, and in our 3+ years of searching the India startup scene, SuperGaming team was the only team who is building games by global standards. Overall, we think SuperGaming is the clear frontrunner in winning India gaming and becoming a rising star globally.”

Yuki Kawamura, Partner at AET Fund and Board Member added, “Gaming in India is witnessing accelerated growth and SuperGaming is well poised to leverage it to begin their next phase of expansion. As an early investor, we are thrilled to contribute to this round and remain bullish about the founding teams’ vision especially with the impressive growth of Devil Amongst Us and the first real Battle Royale Built in India.”