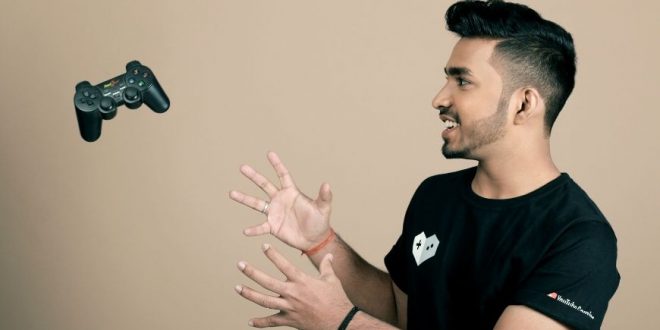 Meet the gamer who catches 400M eyeballs each month

Techno Gamers, popularly known as Ujjwal Chaurasia further cements his status as a YouTube gaming legend by topping 20 million subscribers. 19-year-old YouTube gamer & influencer is well known for his unique content on online gaming. The series of episodes (gaming web series) he produced were highly appreciated by his followers. The gamer was also featured in a music video titled ‘Game On’ produced by music producer Sez on the Beat to showcase his journey to fame and gratitude to his fans.

Lockdown has given a big boost to the gaming industry, making it one of the most popular genres on social media/digital platforms. From gaining 1000 followers in the initial year of his career to becoming an online influencer with a global audience today, Techno Gamerz has come a long way.  During the lockdown, he gained quite a following among Generation Z and Generation Alpha, resulting in a 2X growth in subscribers. In just 10 months, Ujjwal went from 10 to 20 million subscribers thanks to his content

Excited to bag 20M subscribers, Techno Gamers (Ujjwal Chaurasia) said, “Last year to now has been a utopic experience for the Indian gaming industry. I am amazed to experience two-fold growth in such a small span of time. This unreal growth is a true testimony as to how fast the Indian gaming sector is scaling and the opportunity it holds. COVID has changed the way most industries operate. It helped the gaming industry to demonstrate our potential and garner recognition. I am extremely thankful for my fans to have reached this milestone.”

The gaming industry is worth INR 136 billion. With more than 70% of his audience being kids (9-16 yrs), Techno Gamerz garners about 400 million total views every month. Various YouTube gaming channels offer a variety of content: from comedic skits related to gaming to game commentary, others provide deep criticism, while some offer tutorials.