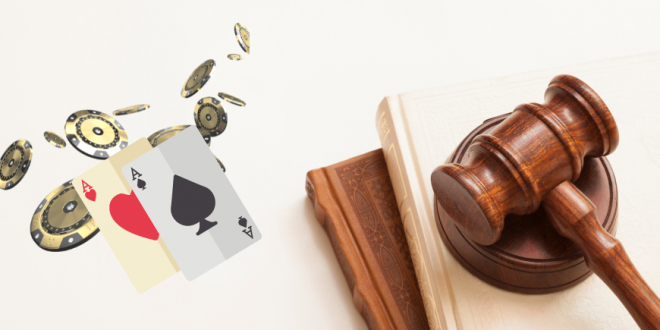 The Burgeoning Gaming Industry & Its Regulations

The various economic benefits arising from this industry including employment, investment as well as taxation cannot be ignored as it can be a major contributor to the GDP of the country if utilised properly similar to structures in USA and UK write Sudhir Mishra, Founder & Managing Partner, Trust Legal and Simran Gupta, Associate, Trust Legal

On 4th August 2021, the Madras High Court provided a big relief to the gaming firms by holding the state ban on online gaming unconstitutional, disproportionate, excessive and irrational. This step by the Indian Judiciary has set a shining example for the other states to remove the capricious bans imposed by them time and again on various online games.

India’s soaring gaming industry is valued at $930 million currently and is number one in the world. Investors in this area can expect a 10-year growth outlook with a $3.8 billion valuation by 2024. When the waves of Covid-19 forced people to stay inside, people especially the youth continued to obsess over the trending online games as well as fantasy sports.

To name a few, The Online Rummy Federation, Baazi Games, Adda 52, Zupee, Dream 11 and many more created an increased buzz among the people, especially teenagers during Covid-19. One of the reasons for this increased obsession and addiction is the easy way of income generation for the youth.

The 21st century which has seen a rapid increase in the number of people using technology especially due to the numerous waves of covid-19 in the picture, has thus made virtual reality the new trend.

According to a study, the average time spent by an Indian user on a smartphone is 4.6 hours a day, which is third on the list of average hours spent on mobile phones. The country rose from 3.3 hours per day in 2019, which is a 39% rise within a year. Currently, 68% of smartphone or tablet owners play online games out of which 30% of the gamers are aged 50 and above.

But in our country, where gaming is often used interchangeably with ‘gambling’ the only law regulating it is the Public Gambling Act of 1867, which differentiates gaming into two; games of chance and games of skill. Gaming being a State subject under Entry no. 34, List 2 of the Constitution is governed differently according to the respective State laws.

In September 2020, the Gujrat High Court also attended a PIL (Public Interest Litigation) of Amit M Nair Vs State of Gujarat requesting a restraint on online rummy in the State. The court acknowledged that there is indeed a need for a proper legal framework to regulate and prohibit gambling activities online which were not covered by the 1857 law.

According to a report, online gaming revenues have increased by 18 percent. While last year, the revenue figure was Rs 6,500 crores, it has reached Rs 7,700 crores this year. It is also expected that the revenue will grow further by 2023. It could reach a figure of Rs. 15,500 crores. Similarly, sport betting is a huge industry globally with an estimated worth USD 218.49 billion as of March 2021. Since the last few years, there has also been a growing demand in India for legalising sports betting.

Even in the matter of Varun Gumber v. Union Territory of Chandigarh, the High Court of Punjab and Haryana held that Dream 11, a fantasy sports game, is a game of skill as it requires exercise of superior knowledge, judgment, attention, a substantial degree or preponderance of skill and is thus not prohibited under the gaming act.

Despite the tremendous growth potential of fantasy sports games in India, the legal regime governing online games and fantasy sports has largely remained vague and ambiguous. The time is currently to have a robust and a modern regulatory framework around the online gaming sector, which will not only regulate the gaming industry but will also boost its image amongst the public.

Thus, the various economic benefits arising from this industry including employment, investment as well as taxation cannot be ignored as it can be a major contributor to the GDP of the country if utilised properly similar to structures in USA and UK. This necessity has already been recognised by the Government as positive steps are being taken to recognise and develop it further. While we talk about this, I am sure a mirror regulator is being formulated to regulate this growing industry which will in turn also remove the negative perceptions attached to it.

Disclaimer: The views expressed in the article above are those of the authors’ and do not necessarily represent or reflect the views of this publishing house