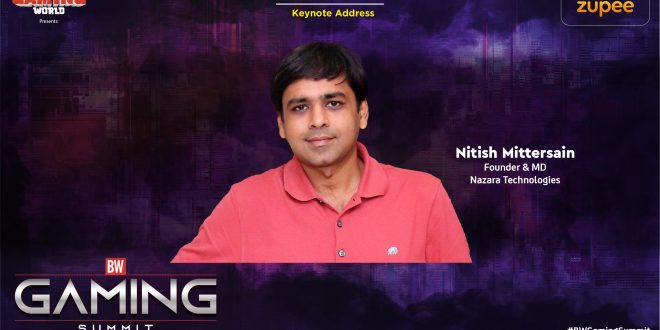 Why would this be the decade of gaming?

We have seen three macro trends which are spearheading the growth of the gaming sector in India and will make this decade a decade of gaming sector – Low-cost smartphone penetration in the country, lowest cost of high-speed data in the world, and the evolution of digital payments in India. When you put all these factors together there is a huge multiplication of value that is happening and driving not only the gaming business but many other businesses on the tech side. This couple with a large youth-driven nation, a large entertainment hungry nation leads to a huge potential for gaming.

When we started the business in 2000s the smartphone penetration was very low, as low-cost phones were not good enough. Technology since has moved on, and today the 4-5000 rupee phones are extremely capable gaming devices. This is a dream come true, with 100’s and millions of Indians having a gaming device in their hands.

The mobile data costs in India are one of the lowest in the world, at the same time we are seeing the speeds improving with 3G-4G and 5G in the future. The combination of good speeds and very low cost of data is seeing very good consumption of data, enabling high-quality mobile gaming for the masses.

Post-de-monetization, the digital payment ecosystem has evolved along with government support. We at Nazara work in many emerging markets and India is far ahead of the curve when it comes to digital payments.

What Emerging Trends Do You Forsee In The Gaming Sector?

The Impact of Virtual Reality on gaming

VR has always been like a mirage, we always felt VR will be big for gaming, will change the gaming industry but it has really not happened yet. I personally believe VR will completely change the world of gaming compared to what it is today in the next five years.

Your Thoughts on the Real Money Gaming Sector?

The real money gaming sector has by far dominated the gaming revenues in the sector in the last several years. The laws in India are on Skill v/s luck, if the game predominantly required skill, then it’s ok, if it requires luck then it comes under gambling laws. Some states regardless of Skill or luck-based games have taken a call not to permit them. Need of the hour is to have a lot of regulatory clarity, I feel wherever the laws are unclear or are unregulated, the consumer traction doesn’t stop, it just goes underground at a cost to the government, consumer, and at the cost to the companies who are trying to do it in the right manner. I would call for much stronger regulations in this space which will bring a lot of more clarity. We as a publicly listed company have been very cautious in this space.

Previous Employment Generation In Gaming Is Growing Multifolds: Experts
Next 5G Will Change The Shape Of Industry – Rajan Navani, JetSynthesys