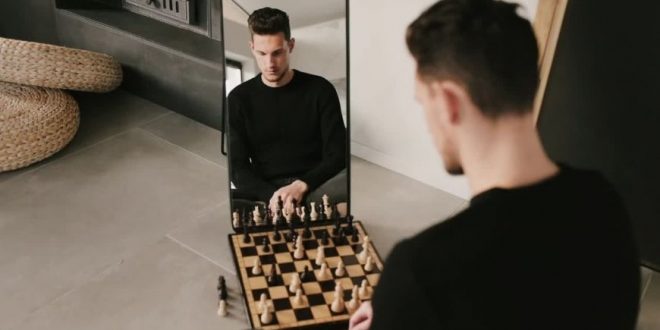 The Exciting Future Of Online Chess

Chess is a beautiful game. It brings a feeling of class, of doing something cerebral, of balance, of creativity, romantic almost! A discipline almost as old as time that has stayed on the periphery largely because of its inability to engage a viewing crowd. One would blame this inability not on the game itself but on the lethargy of producers and broadcasters. Perhaps because commercially, it was not needed.

But it is this apathy towards creating something new and exciting in chess that has compelled a whole new wave of interest during the lockdown. From creators and streaming to esports teams and new apps, chess is seeing a very exciting resurgence. The New York Times in an article in September 2020 called chess “a streaming obsession”. Grandmaster Hikaru Nakamura, one of the first few chess players to be signed by an esports team, has made a cameo in a popular TV show, Billions. At the end of 2020, the Netflix show The Queen’s Gambit became a sleeper hit. Chess is definitely entering an era of being in pop culture and in a new, cool avatar.

Chess is said to have originated in India many hundred years ago. It’s a game that, we Indians, feel is a part of our DNA. Even someone does not know how to play the game, they recognise a chessboard quite clearly. On the world stage, Indian players were far behind others. It was not until the arrival of V. Anand as India’s first GrandMaster in 1986 did our saga of creating world-class talent start; we now have 67 GrandMasters including some of the most promising youngsters. V. Anand is a five-time world chess champion and while no other India has reached those heights, it is felt that these talented youngsters like Nihal Sarin, Praggnandha, and Divya Deshmukh will create their mark in time to come.

Chess in India has a governing body, the All-India Chess Federation (AICF) that was established in the 1950’s and this, technically, makes chess a sport. Chess has been a medal sport in the past editions of the Asian Games and India has won a few gold medals and it remains a medal sport for the 2022 Asian Games in Hangzhou. What is interesting is that chess lends itself equally to gaming and all three forms of gaming: esports, casual gaming, and skill-based gaming. This makes it a unique proposition and the growth of chess gaming is going to help increase the popularity and following among young players and how they consume it. Imagine that a gaming discipline that you love to play also gives you a chance to play for your country and hopefully win a medal! That’s an amazing opportunity for any aspiring chess player. Chess is already taught in schools and this should become more widespread since developing talent early is critical to allow players to reach their full potential.

The Indian chess calendar had over 200 tournaments a year across the country before the Covid lockdown hit. Obviously, this hit the events calendar and while some were able to move online, most got canceled. As we stare at another year marred with the raging virus and further lockdowns, apps like WowChess have ensured that the opportunity for players to play, compete and win is still available. With so much activity moving online, this screen time is something that parents would be only too happy for their children to indulge in and if they can play with their friends, then what could be better!

The trusty mobile phone has probably been a messiah for all in lockdown. From being able to video chat with loved ones to doing classes and courses online to watching shows via OTT providers or gaming, the mobile phone’s where it is at! The concept of social gaming has also grown tremendously and apps like WowChess are looking to build a community around the beautiful game of chess. What could be better than sitting at home, competing in tournaments, plugging into a community on Whatsapp or Discord, and winning prizes each day every day! With low data prices and increasing network coverage, gaming is available to everyone and visibly aids in reducing anxiety.

By all accounts, online gaming is going to be bigger than the entire entertainment industry in the next two or three years. According to a recent FICCI-EY report, online gaming is going to grow at a CAGR of 27 per cent to reach Rs 15500 crore by 2023. In such an environment where growth is rapid and affecting so many Indians, it is the need of the hour for a uniform national regulatory body to look out for the interests of players and operators.

The author Kartikeya Rao is the CEO of WowChess.