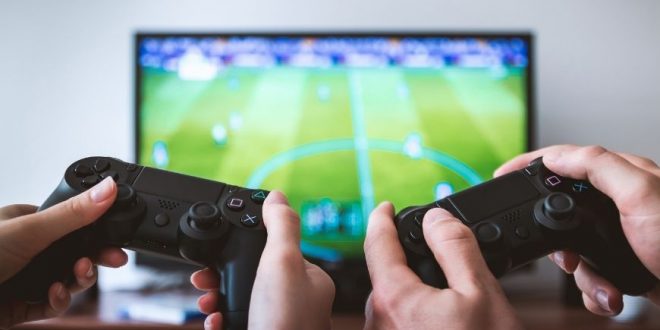 The Indian Gaming Industry & Its Growing Need For Self Regulation

Amid the ongoing tussle – various stakeholders, law and policymakers, and the gaming industry experts have a varied view related to China’s crackdown. However, in India – a market where gaming is still at a nascent stage and the laws related to gaming are in dubiety, what can be the way ahead?

China’s unexpected move to restrict minors from playing online games recently has been raised in ambiguity. The reports say – minors will be allowed only an hour of playtime between 8 pm and 9 pm on Friday, weekends, and public holidays, according to a statement from Chinese media watchdog — the National Press and Publication Administration (NPPA) — that was posted by state news agency Xinhua.

The move represents a huge tightening of earlier limits set by the agency in 2019, which had restricted players to 90 minutes on weekdays and three hours on weekends for children. Authorities said that the restrictions were put in place to help prevent young people from becoming addicted to video games.

The NPPA noted this week that the rules were being issued “at the beginning of the new school semester, putting specific requirements for preventing the addiction to online games, and protecting the healthy growth of minors.”

Amid the ongoing tussle, various stakeholders, law and policymakers, and the gaming industry experts have varied views. However, in India – a market where gaming is still at a nascent stage and the laws related to gaming are in dubiety, there is a scope for a much-organized framework.

After massive growth in gaming in the early 2010s, in 2017 China’s largest state-owned newspaper, the People’s Daily, lashed out at gaming companies including Tencent for offering “poison” to Chinese society, arguing that the games had become too addictive and distorted Chinese values. That year the government rolled out restrictions on loot boxes, requiring companies to display odds of winning certain prizes of boxes gamers buy. In 2018, China issued a nine-month moratorium on licensing new games and cracked down on portrayals of violence in games.

While in India, Niantic’s Pokemon Go was under the radar because of its gameplay and tales of mishaps and freak incidents. There was also huge havoc over the easy access permissions requested by the app as it could originally access and modify virtually all of iPhone users’ Google accounts. Niantic later clarified stating the action as a mistake by the app maker. Thereafter, the app required access to basic account information. The Pokémon Go privacy policy allows Niantic to “share aggregated information and non-identifying information with third parties for research and analysis, demographic profiling and other similar purposes”, which became a subject of concern.

The maker also disclaims liability for personal injury to users and trespass by users. But the fact that players have to hold their phones in front of them to play causes them to be distracted from their surroundings and has led to significant mishaps. This leads to a question about the legal relationship between Indian users and Niantic.

Even PUBG (now known as Battlegrounds Mobile India) was banned last year by the Indian Govt. According to the Ministry of Electronics and Information Technology, PUBG Mobile was banned under Section 69A of the Information Technology Act, on grounds that “they are engaged in activities which are prejudicial to sovereignty and integrity of India, defense of India, security of the state and public order”.

A release issued by the Department Of Telecommunication (DOT) states that the game was banned after the Indian Cyber Crime Coordination Centre and Ministry of Home Affairs sent an exhaustive recommendation for blocking the app.

In the recent past, the Karnataka Government has proposed to move a Bill to regulate all Clubs in Karnataka “Karnataka Regulation of entry to public places and regulation of clubs Bill 2016”, the bill among others also aims to put a stop to any sort of gaming inside the club and illegal activities. The same definitions are also mentioned in the Karnataka Police Act & the provisions for the prevention of gambling. The bill further states “Any club found guilty of carrying on gaming, gambling, etc. the license shall be cancelled and lands were given to such clubs on concession, the lease shall be cancelled.”

The online gaming industry in India has witnessed rapid growth in the last few years, accruing to the growth has been the global pandemic as the online world came closer than before. While a lot of commotion is already prevailing among the state related to gaming, the existing major issue needs quick attention. Though the regulation of such games in India continues to be inconsistent across the country with no uniform law guiding online gaming operations, the industry anticipates uniformity and correct differentiation amongst the various genres of gaming.

In the Indian context, skill-based online gaming is permissible whereas games of chance are hit under the Gambling Act. Betting and gambling are stated in part II of the State list under the seventh schedule of the Indian Constitution. Meaning that the state government can exercise full control over betting and gambling practices in their state and can formulate their specific laws on the subject. The Public Gambling Act, 1976 has been an option given to states to be adopted in this regard.

Let’s see the difference between Game of Skill & Game of Chance.

Game of chance – Randomly played games that are based primarily on luck. A person can play these games without prior knowledge or particular skill set and whose outcome is strongly influenced by some randomizing device. Such games are considered illegal in India. For instance, roulette wheels, or numbered balls, dice, etc.

Game of skill – A game of skill is when a player invests his/her time in learning, practicing, and refining his skill to perform in a particular game. A person will require skills such as analytical decision-making, logical thinking, etc. Some games also require some initial training to win. Such games are considered legal by most of the Indian states.

The vital distinction has been blurred in many states.

Andhra Pradesh, Telangana, and Tamil Nadu are some of the states that enacted laws banning online games even if they were games of skill. States have justified such laws by asserting their paternalistic obligation to prevent citizens from getting addicted and to protect vulnerable classes of citizens from losing money.

The decision of the Madras High Court has a far-reaching impact as the court examined if these reasons would justify the ban on online games. The Tamil Nadu Gaming and Police Laws (Amendment) Act, 2021 amended the Tamil Nadu Gaming Act, 1930. Before the amendment, the Act did not prohibit games of skill. The Amendment Act stipulated those online games with stakes were unlawful even if they were games of skill. Contravention of the law would attract imprisonment or a fine.

The Court ruled the state’s contention that these games were driving people to die by suicide was not backed by scientific and empirical evidence. It reiterated the Supreme Court’s observation that playing games that required substantial application of skills were protected by the fundamental right to carry on trade and occupation.

Is Restriction The Real Solution?

The sunshine sector, which is expected to contribute majorly to the pie of India’s economy in the immediate years, does need a set of guidelines and laws to minimize the furore related to the sector. Vacillation and unexpected banning will further create mayhem, thus curtailing the growth of the industry.

There is no shying away from the fact that online gaming and esports have their downside in terms of addictiveness and have been at the forefront of enhancing reclusive behavior in teens and young adults and financially draining in cases. India is the powerhouse of the young generation and a gaming center in becoming have to be at forefront of regulations and state laws to masterfully protect the interests of players, parents, etc. and at the same time create an environment free from fraudulent activities, addiction, and all the associated vices.

In the light of harsh and damaging aforementioned restrictions by China, I am of the view that these are damaging to the economy, the players, and the gaming industry on the whole, and also do a little to serve the intended purpose. The approach shall rather be facilitating and safeguarding the industry and the players.

The following steps shall be vital in achieving it:

The gaming industry is the present and future having varied benefits psychologically, monetarily, and socially. An effective mechanism in place will bring India to the forefront in nations providing a guided and well-built infrastructure around the gaming industry and thus bringing in FDI and global recognition as well.