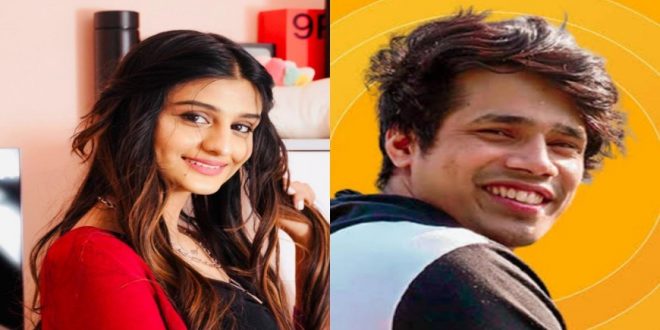 At the age of five, I used to play games like Mario and Contra with my father, said Anshu Bisht, son of a bus conductor who now has 2.25 million subscribers on Youtube.

Bisht, also known as GamerFleet, a gaming content creator spent most of his childhood playing games, however, he started proper gaming when turned 14.

“I used to play games just for entertainment and not as a profession, but after Jio came in 2017, I explored the world of YouTube Gaming and then I began my journey as a YouTube gamer,” said Bisht.

The journey for Bisht, however, was not like a cakewalk. He struggled initially but later established himself as one of the leading Youtube gaming creators. He said, “I struggled for four years before getting fame and views as a gamer.”

For a child in typical Indian households, it is not easy to choose an unusual career when everyone wants their kids to be government employees, doctors, teachers and Engineers. The story of Bisht is no different. He had to go several through challenges and hurdles in order to pursue his dream.

“I came from a low-income family, which is why my parents didn’t want me to go into gaming and YouTube as my career, they wanted me to get a job instead, so I respected their decision and worked alongside creating content on YouTube, which has been challenging at times, but I never gave up even when times were the worst,” Bisht added.

Meanwhile, the journey of becoming a successful gaming creator was not easy for Payal Dhare either. She comes from Chhindwara, a small town in Madhya Pradesh. However, with the support from her parents, Dhare was able to make a mark and now eying more success in her journey.

“As a girl gamer, it was very challenging for me to grow and survive in the community after being trolled or judged by others. But I am blessed to have my parents’ support and my audience too stood by my side supporting me in all ups and downs in such a short amount of time in my journey as a Youtuber,” said 21 years old, Dhare.

Dhare also started her gaming journey at a very young age (19 years old). According to her, initially, she was not into gaming, however, destiny has some other plans for her.

“When I was in college my friends used to play PUBG mobile, I was not at all into gaming before but they told me to give it a try after which, I started playing and made friends in the gaming community. Once I started posting videos it was well-received by the public and they supported me after seeing my videos and gameplays which made me decide to become a gamer and create content on YouTube,” she said.

Dhare also talked about the challenges she faced in her life and how in a country like India, it is slightly difficult for girls to establish themselves and choose a career like gaming creators.

She said, “I have faced many challenges in my journey and still, I am facing them. The most challenging part for me being a girl gamer is facing negativity and trolling but I got a very loyal audience who helped me to deal with this hatred positively.”

Amid the ongoing Coronavirus pandemic which affected business sectors all across the globe, however, the Indian mobile gaming sector is going to witness USD 1.5 billion of revenue in 2020 to USD 5 billion by 2025, according to a report by VC firm Sequoia and management consulting company.

“I always wanted to interact with a high amount of audience and basically wanted to become an influencer with my gaming videos. My intent was clear, to give people what they want is entertainment. People have lots of fun and find it interesting through my YouTube live streams and videos which I try to deliver,” said Dhare.

Dhare added that YouTube was the right platform to start with which helped her to follow her passion. It also helped her to reach the audiences which she wanted to.

“With YouTube and Instagram, I was able to reach the right audience. They gave me the opportunity to showcase my talent,” said Bisht.

Previous India Is A huge Market With Rising Appetite For Gaming: Stewart Neal
Next Baazi Games Join Hands With ‘Project The Power Of Periods’ Initiative To Promote Menstrual Hygiene