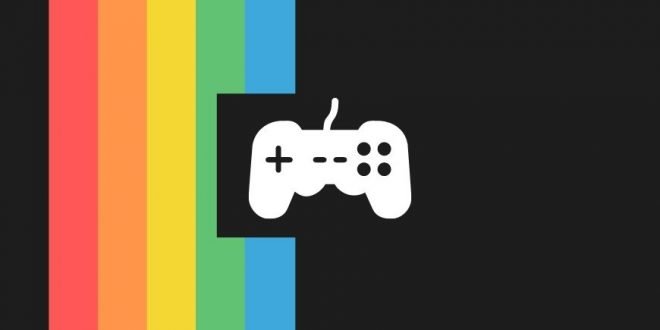 Renowned game developer, Ryan Best’s GayBlade was the first LGBTQ-themed game. Developed in 1992, during the AIDS pandemic, this game enabled stubborn stereotypes, as they showcased gay leads fighting homophobic enemies using – tiaras, press-on nails, and condoms! Instead of empowering them with swords and guns, they were given accessories that downplayed their power. Was this required? No. It was a classic example of a great idea and bad execution.

Ignorance, mockery, and misinformation have been the key factors to limit the representation of LGBTQ+ characters. For ages, game developers have had a fixed notion and idea of a typical gamer to be a cis-gendered hetero alpha male. A world of fantasy was being created for the cishet-men and believed that it was ain’t no one’s ‘fantasy’ to be homosexual or queer. These assumptions curbed LGBTQ+ voices and further caused damage to progression.

In my opinion, gaming is universal, and there should be no place for gender biases and gender-based stereotypes. With online gaming growing at 40% CAGR in India, it becomes further important to play responsibly.

Enabling diversity, inclusion, and equal portrayal of all communities must be the foremost undertaking by gamers and game developers. However, it definitely doesn’t limit to that. Creating world and country-wide acceptance of the LGBTQ+ community must remain the focal point of this initiative. Living in India, we are well aware of the extent of knowledge imparted on different sexual orientations and psychological genders in our schools and colleges. Being a heavily stigmatised topic even in the 21st century, the true revolution will only happen when we break the stigma attached to these subjects in the young minds.

Gaming content creators, esports players, and online games have children, teenagers, and young adults chasing them. Gamers enjoy a very loyal fanbase despite having very long content. Having such young minds diligently watching them almost every day, gamers have a great power to sensitise, and educate them on this subject and break the stigmas and stereotypes. With gamers playing ‘inclusive’ games with LGBTQ+ lead characters and sharing their narratives, they can create larger awareness at a grass-root level. We as cognizant professionals must expand their acceptability capacities. After all, it is what impacts you in your younger days that remain with you for a lifetime.

What is gender inclusivity with respect to the video game characters? Having specially dedicated LGBTQ+ and non-binary characters to choose from? Having community-specific accessories to depict their individuality? Or having the pride flag head to toe? None. Yes, none. Having any of the above will only form more stereotypes and increase the gap between us and them. True inclusively is when we jointly stand as one. True inclusively is when we all have the freedom to choose. The freedom of customization. Therefore, to start with, here is what the game developers should do:

Today players have standard gender options to choose from – male or female, and very rarely do they have options of non-binary and LGBTQ+ representations. Moreover, all these characters have conventional, fixed outfits and accessories to create the desired look. But that is not considered being inclusive, as inclusivity comes with freedom of choice. Simply put, game developers should focus on creating gender-neutral characters and provide players with the freedom to develop their identities. Each character should have the liberty to choose their physical representation, irrespective of their gender. Freedom for female characters to choose outfits and accessories associated with the male gender, and visa-versa is the way to go.

Enable Them To Display And Accept Their Physiological Identity

What happens right after you register for a game? You choose your gender, character, look, weapons and then start playing. But have you considered giving a thought to marginalised communities? Can you empathise with how they feel when they see restricted gender options during the registration? Primarily, there are only three options available – male, female, and third/other to the players; but to be truly inclusive, we will have to give this an in-depth look, and thereafter host a wide range of options to help gamers with what they identify as (physiological gender) – cis-male, cis-female, queer, non-binary, etc. Game developers can choose to have these options in the opening screen of games.

Enjoying a massive fanbase of young minds, the Indian gaming community has an unbelievable potential to create awareness and increase the acceptability of the LGBTQ+ community. With a broader aim to bring in positive cultural change, it is vital for gaming companies to unlearn their notions about gender, and have a landscape view on the industry which still stimulates stereotypes, bias, and phobia against the LGBTQ+ community.

Let the games of love and inclusivity begin!

The author Pranav Panpalia is the founder of OpraahFx and OP Gaming.

DISCLAIMER: THE VIEWS EXPRESSED IN THE ARTICLE ABOVE ARE THOSE OF THE AUTHORS’ AND DO NOT NECESSARILY REPRESENT OR REFLECT THE VIEWS OF THIS PUBLISHING HOUSE. UNLESS OTHERWISE NOTED, THE AUTHOR IS WRITING IN HIS/HER PERSONAL CAPACITY. THEY ARE NOT INTENDED AND SHOULD NOT BE THOUGHT TO REPRESENT OFFICIAL IDEAS, ATTITUDES, OR POLICIES OF ANY AGENCY OR INSTITUTION.