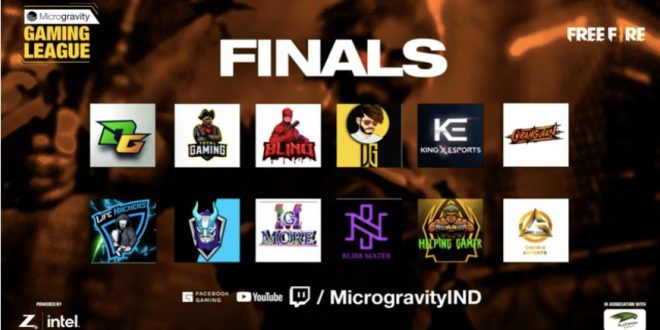 The tournament saw participation from 1000 teams across the country with 4 players per team along with one substitute, as per the official statement.

The ‘Man of the Match’ title was won by Delete, a member of the Total Gaming team. The winners received the most advanced HP VR Headsets, Gaming Class 24’ Monitor, Gaming Class Headsets and Gaming Laptop which were part of the Rs 4,00,000 prize pool.

“I would like to thank all the participants, the amazing audience, the casters, our gaming partners – HP,  Intel, Platinum Esports team, media partners – Consocia Advisory & Sociowash for making this a huge success. Since the beginning of this league, we saw some mind-blowing matches among the teams, underdog teams like Bliss Mates rising up the ladder and Total Gaming sweeping the winning title with their amazing gameplay,” said Tanveer Singh Bakshi, Head-Business Development, Microgravity.

He congratulated Chemin Esports and UG Empire for bagging the first and second runner-up respectively. We will aim to bring more titles and leagues in the future to bring the gaming community closer, mentioned Bakshi.

“We are also excited to inform you that Microgravity will soon introduce an E-commerce platform which will have gaming related equipment which will go live next year. We will also be launching more World-Class gaming hubs across the country,” added Bakshi.

Mafia Bala from Total Gaming said that the initial two battles went really well with our team scoring above 45 points. During the third and fourth matches, our points decreased a bit, that is when we changed our strategy to go aggressive in the fifth round in the Kalahari map.

“The outcome of the fifth match was really good which helped us inch very close to the win. Overall, it was really encouraging to see such a unique prize pool. A lot of good gamers belong from a humble background and tournaments like MGL give them a platform to win the best which technology has to offer,” added Bala.