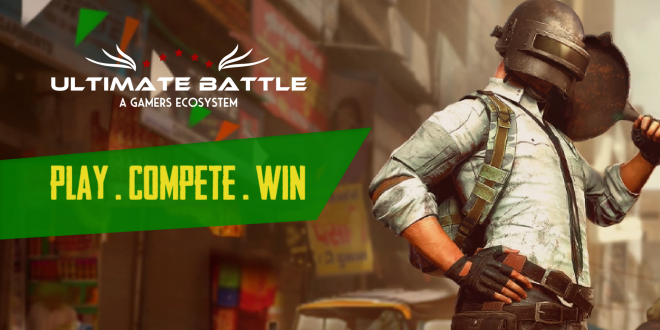 Ultimate Battle (UB), an online esports platform, is geared up to host exciting tournaments for the recently-launched game Battlegrounds Mobile India (BGMI) on their platform. With an aim to boost the esports and gaming ecosystem in the country, Ultimate Battle has launched this exclusive Indian game on its platform. While the whole focus of esports is shifted to online with the absence of local area network (LAN) events due to the ongoing Covid-19 pandemic, the tournaments will help the esports athletes and their roster to start their grind and prepare for national and international events.

The popular esports platform UB, which has been a destination for playing many action-packed games with high-end graphics and has successfully integrated more than 10 esports title games to the platform, with BGMI, this exclusively designed game will fuel the growth of mobile gaming in India and the game will leverage the power of the mobile-first gaming ecosystem of the country. With the participation of both professionals and casual gamers, it also has the ranking system in place as part of the automated leader board based on the performances of the players and the winners will be awarded exciting prize money.

1. Tournaments: BR events will be hosted every hour so players can enjoy competitive gameplay at any time.

2. Leaderboards: Play daily and rake up your Ranking to get rewards.

3. Redeem Shop: Players will be able to get in-game items and more by collecting UB Coins by playing games on UB.

“At Ultimate Battle we are very excited to launch BGMI on our platform which is an exclusive Indian game as we strive to provide the esports community with the gaming events, content, and more through our online esports platform which caters to more than 3,00,000 registered gamers. The pre-registration phase has already marked a great success with 40 million Indian gamers which will continue to grow. We will host multiple online tournaments as it’s the favourite game among the Indian gamers which

is making a much-awaited coming back. We’ll also be looking into adding BGMI to our flagship tournament All India Esports league (AIEL), which will be launched this month,” said Tarun Gupta, Founder, Ultimate Battle.

Currently, the platform has garnered a player base of more than 3,00,000 and has been growing every day. With over 54,000 monthly active users, gamers get an active community to interact with and compete against each other. The platform is now available on Google PlayStore for Android users and till now it has seen over 63,000 downloads already. The freshly launched app of the platform will facilitate easier connectivity and accessibility for its users and leverage the power of the mobile-first ecosystem of the country.