The second edition of the Esports Premier League organized the Underdog Phase, witnessed Team GOG Esports and Dragon Esports put up a stellar display of talent to conquer the open qualifiers. Both teams finished in the top two positions with their dominant performances in the open qualifiers.

ESports Premier League envisioned this “Underdog Phase” to ensure that non-established BGMI Esports players and teams from across the country get an opportunity to show their talent and ability. This will be for the first time such an initiative was taken to give opportunity for the Underdogs only via open qualifiers.

GOG Esports played their first major tournament during BMPS (Battleground Mobile Pro Series) and finished that mega event with the 21st rank. Buoyed by other talented members in Nick, Bullet, and Trex, the team is currently prepping for the mega final in a Boot Camp in Bhopal. The whole team is practicing for about 13 to 14 hours daily to give a tough competition to the best teams during the grand finals of the ESPL Season 2.

The team is excited to play in their first ever major LAN event as Manish Jangid, the team leader for GOG Esports added, “This moment gives me a sense of accomplishment and honor that our team’s diligence and commitment finally paid off. We are grinding really hard together at our bootcamp and are really excited as this will be our first LAN event. The open qualifier was an eye-opener as multiple underdog teams were playing like pros and I am sure all other teams learned a lot and will continue their grid in the upcoming events.”

Team Dragon Esports leader Ritik, son of a retired army officer opted out of education after 12th to pursue a career in gaming. His journey began in 2018 with PUBG. With Sanket Salam, Krishna Sharma, and Ashish Singh, Rawat formed the team Dragon Esports which is his third esports team. The 22-year-old also participated in the PMCO Open qualifiers 2019. He also joined NADE gaming in 2020 and now the Dehradun-based gamer is focused on the upcoming LAN event in Delhi.

Speaking on the success and response of the Open Qualifiers, ESPL director Vishwalok Nath noted, “We have seen multiple tournaments only catering to top teams on an invitational basis, and opportunities for underdog teams are very less in regards to bigger platforms. So, to give equal opportunity to all the teams, we conducted open qualifiers for underdog teams across the country to give them a bigger platform to perform. The Underdog phase was one of its kind, as it provided budding gamers with a promise to get a chance to showcase their skills on a national platform. Both the teams that won thoroughly deserve their success. Now, these teams will get a chance to put their skills and strategies to test against the top names in BGMI Esports. Who knows, we may get our new BGMI heroes out of these two underdog teams.”

This year’s league which carries a massive prize pool of INR 1 crore is set to engage esports athletes across the country in a high-voltage action of the battle royale game, BATTLEGROUNDS MOBILE INDIA.

The league is being played in two separate stages in the initial phase — online qualifiers and invitational qualifiers — to shortlist the top 16 teams. ESPL has already got their 2 top Underdog teams from online qualifiers. The invitational qualifiers are being played in two phases; the first phase will select the top 5 teams whereas, in the second phase, 8 top teams will be chosen from the leaderboard. The finals will also witness one direct invited team competing and vying for the title.

Recently, ESports Premier League (ESPL) extended its association with youth icon and renowned Bollywood actor Tiger Shroff as the face of India’s first-ever franchise-based Esports league for the second consecutive year. India Today Gaming has also roped the Global smartphone brand, TECNO Mobile as Presenting Sponsor for the tournament. The smartphone maker is committed to supporting and helping aspiring underdog esports players with its gaming-focused smartphones like the latest, Tecno Pova 3. Esports fans can also watch the BGMI action live on the streaming platform, LOCO, which is the exclusive digital broadcast partner for ESPL Season 2. The tournament organizer has also signed Ishq FM as the exclusive radio partner for the ongoing tournament. 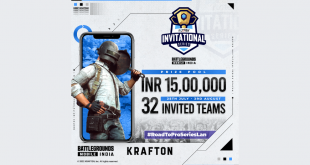 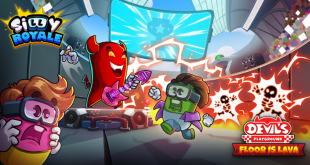 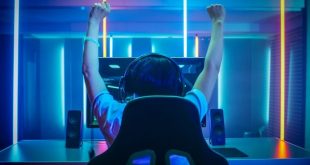