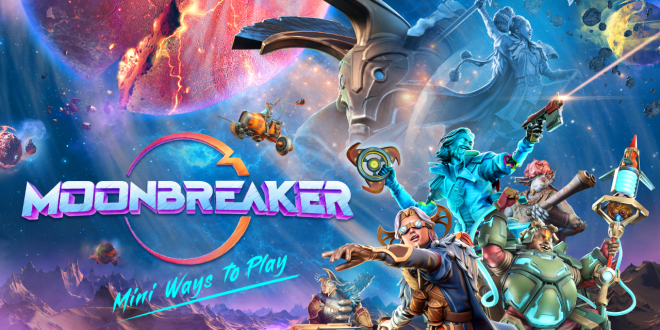 KRAFTON, Inc., on 23rd August, announced Moonbreaker, a new turn-based, tabletop tactics game designed to be a true digital miniatures experience set in an expansive sci-fi universe crafted by Brandon Sanderson. Developed by Unknown Worlds, creators of the Subnautica series, Moonbreaker (formerly referred to as ‘Project M’) will launch globally into Early Access on 29th September on PC and Mac via Steam.

Through accessible turn-based competitive gameplay, ongoing content releases, and deep customization, Moonbreaker will offer a variety of gameplay experiences, especially for fans of tabletop and collectable card games. Players will be able to lead their Rosters – which are made up of Captains, Crew and Assists – in fast-paced, turn-based encounters with a variety of gameplay possibilities. With more than 50 Units (Captains, Crew, and Assists) available at Early Access launch, the Roster combinations are endless.

Every aspect of Moonbreaker is designed to capture the feel of a physical miniatures game without real-world limitations. With detailed, intuitive and constantly evolving painting tools, players can take their Unit customization to the next level. Custom palettes, beautiful finishes, customizable roster banners and professional digital painting tools create the perfect space for player expression. Players can paint their Units using traditional painting techniques or marvel at beautiful paint jobs created by professional miniatures painters.

“Moonbreaker was born out of a natural passion for tabletop gaming many of us share at Unknown Worlds. Our aim with the game is to reduce the traditional barriers associated with tabletop gaming and miniatures while retaining the hobbyist appeal that makes that genre so special. After several years in development, we’re thrilled to officially reveal Moonbreaker and look forward to working with the community to evolve the game while it’s in Early Access,” said Charlie Cleveland, Co-Founder and Game Director at Unknown Worlds.

“With Moonbreaker, we are offering a wholly unique gaming experience that combines the depth of traditional tabletop gaming with the convenience of modern video game technology. Our partners at Unknown Worlds have a strong history of taking bold creative swings based on their success with the Subnautica and Natural Selection series, and we expect Moonbreaker to continue this tradition. The game’s launch into Early Access is just the beginning as we are thrilled to support it through ongoing seasons and content updates,” said Mike Silbowitz, Head of Americas Business Division at KRAFTON, Inc.

Moonbreaker is set in an original sci-fi world crafted by renowned author Brandon Sanderson (Mistborn series, Stormlight Archive, Robert Jordan’s The Wheel of Time). Players will battle in various locations across the Reaches, a tiny solar system with moons held in orbit by a scarce resource called Cinder. Furthermore, players will also be able to learn more about the world of Moonbreaker and its characters through upcoming audio dramas that will release closer to its Early Access launch.