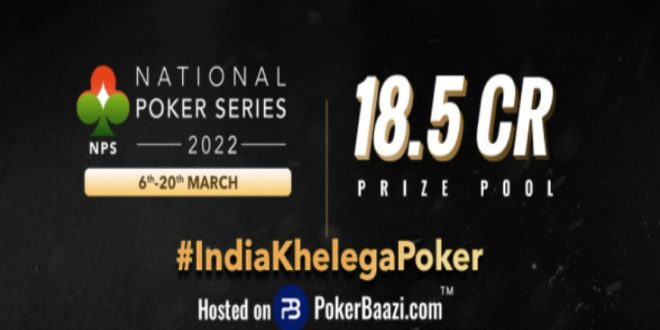 Abhijit Jaiswal, Abhishek Yadav and Yogiraj Singh from Uttar Pradesh emerged as the top three medal winners for the kickoff tournament on Day 1.

The qualifiers of NPS 2022 also witnessed a good response setting up the stage for 15 days of action before the final tables (last stage) of three marquee tournaments take place in Goa from March 23 to 25, according to the official statement.

The satellite tournaments saw a total of 49,66,237 hands being played. After a rigorous series of qualifiers, Maharashtra, New Delhi, and Rajasthan emerged as the top participating states.

The National Poker Series will once again feature Golden Rush as one of its major events, with 252 medals on the line for podium finishers in all 84 tournaments, as well as three NPS Podium medals for the top three finishers with the highest medal tally.

In addition, NPS podium finishers will have the opportunity to compete in the world’s largest international poker tournament in Las Vegas, Nevada.