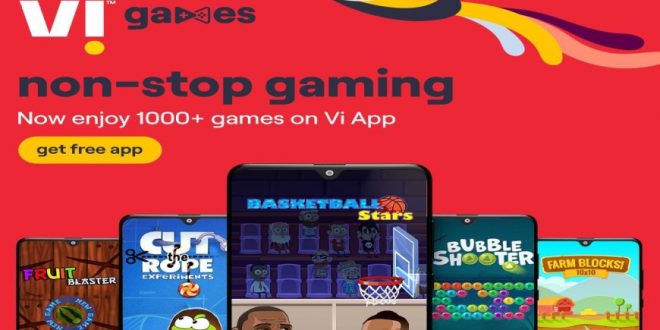 Vi Partners With Nazara Technologies To Bring Gaming For Its Customers

Vodafone Idea on Monday said that it has entered in partnership with Nazara Technologies, a gaming and sports media company to bring a new proposition for Indian gamers Vi Games on the Vi App.

According to the company, Vi customers will get access to a wide range of gaming content including popular game titles from various franchises in India on its gaming platform – Vi Games.

Avneesh Khosla, Chief Marketing Officer, Vodafone Idea said, “We are seeing a significant uptake of gaming consumption in India with more than 95 per cent of gaming enthusiasts using the mobile device to enjoy a wide variety of content. Deeper penetration of smartphones and 4G availability has led to meteoric growth and adoption of gaming content making it a popular choice for fun and entertainment.”

Khosla added that the partnership with Nazara Technologies will elevate the gaming experience that we offer to our consumers through a wide bouquet of exclusive games available on the Vi app for our users.

The Vi Games proposition will initially have casual gaming content and gradually be developed to host social gaming and even eSports in the future.

“Gaming is not only the future of entertainment in India but already a key mode of entertainment for hundreds of millions of Indians playing games on their mobile phones every day. Nazara is delighted to work with Vi to bring our entire portfolio of gaming content, esports and interactive entertainment to their larger user base” said Nitish Mittersain, Founder and Group MD, Nazara Technologies.