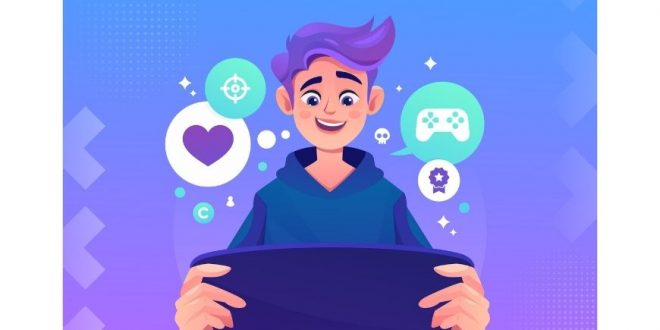 Virtual Players Emerging As The Trendsetters

The advent of the COVID-19 pandemic has led to a substantial surge in the gaming industry in India. With lockdowns and restricted movements rendering the popular means of entertainment like movies and outings impossible, the Indian population turned to games for their daily dose of mental stimulation amidst the pandemic.

The significant growth of the Indian Gaming Industry is highlighted in the massive investment of 544 million USD which it has attracted within 6 months, starting August 2020, as stated in a 2021 KPMG report. The same report by KPMG also underlined the possibility of the gaming industry reaching a whopping 169 billion INR by 2025, from 60 billion in 2021.

While the Indian gaming industry is clearly on a high growth trajectory, some sectors within the industry are overshadowing the others. The most prominent one of these is mobile gaming, which is the most favoured and fastest-growing part of the gaming industry in India.

As per KPMG’s report, India accounted for about 17 per cent of the world’s total mobile game downloads in 2020. The main reason behind the inclination of Indian gamers towards mobile gaming is its affordability and feasibility. Since Indian gamers come from all age and gender brackets, these two factors work closely to make mobile gaming the most relied-on method of gaming in the country.

Fantasy Games: A fast-growing trend in the gaming industry:

Fantasy games are a type of virtual game wherein players create imaginary teams of real professional players from across different real teams of a game. The teams compete against each other in matches or leagues. The success or failure of the virtual teams is decided based on the actual performance of the real teams.

The world of fantasy games has been growing at a very fast pace, as depicted in a survey conducted by KPMG in association with the Federation of Indian Fantasy Sports (FIFS), which showed that 85% of the respondents played fantasy games on mobiles and 74 per cent of them played the games for at least 1-3 times a week.

The fast and widespread growth of the field can be attributed to the several attractions that it offers. Apart from being feasible and easily accessible to play on mobile phones, which is the most preferred method of gaming in India, it also offers other benefits as stated below:

These games are usually immersive and provide mutual benefits to the players as well as the gaming industry. The multiplayer option is very popular in fantasy games. When players exercise the multiplayer option, they get to interact with a broad community base filled with like-minded people. This helps players to use their gaming time to socialize as well, and thus, adds to the lure of fantasy games.

Further, players often suggest or refer games to their friends out of liking or for monetary referral rewards which helps increase the user base of the games. This boosts the presence and growth of fantasy games and helps the creators enhance their operations.

The presence of platforms such as Discord and YouTube, made specifically for gaming content, further adds to providing a common platform for gamers to engage.

In recent times, the social engagement aspect of gaming is becoming increasingly liked, as highlighted by the latest survey based on social interactions of 912 people, which concluded that people who engaged in multiplayer online games formed strong friendships and emotional relationships through gaming.

A principal appeal of these games is the monetary rewards and perks that the players get. Fantasy game apps are extremely famous in India, and the cash rewards can be attributed to the significant player pool.

To avail of the cash rewards, the players have to earn high scores through calculated performance based on past analysis and knowledge, and eventually make it to the leaderboards. Depending on the performance and place on the leaderboard, the app awards money-based and other rewards to the players, which they can withdraw later.

India’s inclination towards Cricket and the role it plays:

The Author is Varun Mahna, Founder & CEO of Dangal Games