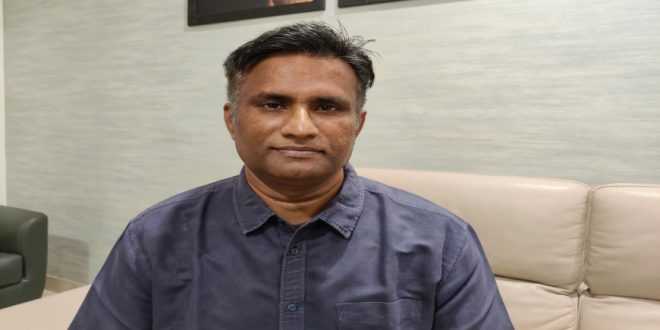 Want To Reach To People Through Their Native Languages: Rajendran

We want to make sure that we reach out to as many people as possible throughout the country, in their native languages, said P. R. Rajendran, Co-Founder and CEO, Next Wave Multimedia in an exclusive interaction with BW Gaming World. Edited excerpts:

Tell us more about the World Cricket Championship Franchise (WCC), especially for the people who are not aware of it.

The World Cricket Championship Franchise comprises WCC Lite, WCC 2, WCC Rivals and now WCC3 has maintained its position among the top 10 games in terms of monthly active users in India. The robust core engine and game feature that power this gaming experience has been developed through a meticulous, 8-year period and have resulted in WCC becoming one of the most copied cricket games today.

WCC 2 is also the winner of the Atma Nirbhar Bharat App Innovation Challenge 2020 conducted by the Government of India. It has also won the Indian Game Developers Conference’s “Studio Game of the Year” award and Google Play Store’s “Users Choice” Award 2020.

How is your company making a difference in this competitive industry?

WCC 3 is largely a fan-driven game and we strive to bring in the best for them and that is why we have been consistently the top mobile cricket game in the world. We keep bringing new updates to keep the game fresh for our players. We want to make sure that we reach out to as many people as possible throughout the country, in their native languages, who are all united by their love for cricket.

Do you think it’s high time that gamers should take gaming as a full-time career?

Gaming just like other industries functions. It requires talent from every field that a mainstream company might need.  From graphic design to tech and from marketing to sales, the opportunities are myriad. While people might have a feeling that being a pro gamer or esports athlete is the way into a gaming career, it’s far from reality. Gaming has many windows of opportunity like any other industry and we’re always on the lookout for passionate gamers to join the team.

What are the major changes you have witnessed in the gaming industry pre and post COVID-19 era?

While the world went into a lockdown induced by the pandemic, gaming became a preferred mode of entertainment. As a mode of interactive entertainment or socializing, gaming provided respite to many across the world. The number of downloads soared during the lockdown as people were playing more games than ever. This, I believe, has brought in a lot more acceptability towards gaming as a choice of entertainment for everyone and not something just for kids and I believe the industry has realized that demand and is working towards it.

Do you think the ongoing third wave will affect the gaming industry?

Fortunately, gaming has been an industry that grew during the pandemic. While we hope for the best, we can only wait and see what plays out during this period.

What can gamers expect from your company in 2022, as far as gaming is concerned?

Next Wave Multimedia will be launching new games this year after a very long time. A couple of games are in the testing phase and we hope to launch them before March-end. We plan to come out with more games before the end of the year.