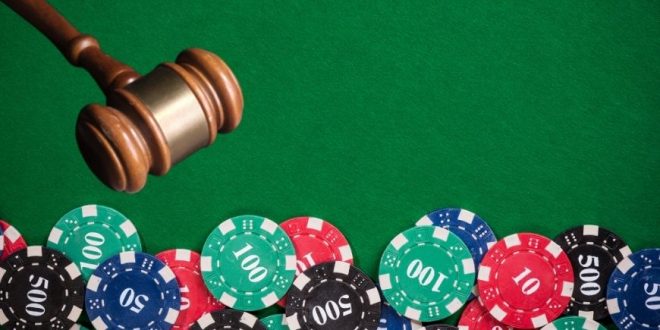 With a huge growth in the gaming industry, there is also a remarkable increase in the resentment from certain sections of society around online gaming and thus the need for regulating the industry is at its peak

Mario! Remember, everyone’s favorite video game in the ’90s! One of the beautiful memories for the 90s kids is when they would save pocket money to secretly visit the video game parlour to play their favorite video games while for the privileged section of society video game console used to adorn their homes.

Soon arrived computers, which brought video gaming to the house of the middle-class people in India as well, which can be termed as the second wave for video games.

The third wave thereafter came with the advent of mobile phones. Are you not guilty of playing Snakes on Nokia 3310?

Now what we are witnessing is the fourth wave for the gaming industry, being propelled by smartphones which are becoming a life necessity, and cheap internet connectivity becoming a reality, coupled with ever-expanding digital payment infrastructure. The online gaming industry was anyways witnessing a rise but the lockdown restriction confining people to their homes accelerated the growth to an exponential level and made the industry a sunrise sector.

Video gaming which was once a luxury at the hand of a few is now like an everyday ritual for a large section of society.

The online gaming industry is not limited to metro and tier-one cities but has now started to make a stronghold deeper into tier-two cities. With schools/colleges imparting education through virtual means, and offices operating from home, people across society are even more glued to their phones resulting in a drastic increase in screen time.

By advising clients in this sector, it is safe to say that this growth is followed by huge investments. As per certain reports, an estimated sum of $544 million was infused into the online gaming industry between August 2020 to January 2021. This investment would act as fuel for local companies to scale up their game like never before.

The online game today is not limited to casual gaming for spending leisure time. In fact, people are taking gaming seriously and earning money out of it too. The Ludo game, which was a means to spend time while being confined to your home during lockdown-1, has now become a more competitive sport to earn money.

Games like Teen Patti, Rummy, Ludo, Fantasy sports games, PUBG, Call of duty, free fire tournaments,  etc. enable players to earn money. With such growth, there is also a remarkable increase in the resentment from certain sections of society around online gaming and thus the need for regulating the industry is at its peak.

Bengaluru-based Five Year Law Course Advocates’ Association has requested the Government of Karnataka to ban applications especially of online gaming and has inter alia raised concerns over the trend of technology addiction among children. They have also allegedly classified online gaming as a menace bigger than the single-digit lottery. The State of Karnataka is yet to review the plea of the Association.

These games are either categorised as a ‘game of skill‘ or a ‘game of chance‘. The categorization of games into either of the two determines their legality or illegality in India. The main test to determine is whether a game amounts to gambling or not, what dominates/ preponderates, whether it is skill or chance.

Games of chance are those where the winner is predominantly determined by luck; the result of the game is entirely uncertain and a person is unable to influence such results by his mental or physical skill. The person indulging in a game of chance wins or loses by sheer luck and skill has no role to play. On the other hand, the result of a game of skill is influenced by the expertise, knowledge, and training of the player. In India, games of chance fall under the category of gambling and are generally prohibited, while games of skill, falling outside the ambit of gambling are usually exempted.

The Constitution of India confers upon the states the power to make laws on betting and gambling, for they are enumerated in Entry 34 of List II of the Seventh Schedule. Therefore, after 1935, with the states in India having been conferred with the exclusive power to enact laws on ‘betting and gambling’ as also laws concerning taxation thereof, the Public Gambling Act ceased to be a Central Legislation, such that it was no longer a law applicable to the whole of the territory of India. In the current regime, the only manner in which it can still be held to be applicable is if it is adopted by a State(s) legislature(s) out of its own free will. Accordingly, certain states have passed enactments adopting the Public Gaming Act, 1867 whereas other states have resorted to enacting their own gambling legislation.

The Hon’ble Apex Court in a judgment has inter alia held that competitions that substantially involve skills are not gambling activities but are commercial activities, protected under Article 19(1)(g). Courts in India have applied the skill test on various games and have wide varied judgments held rummy, quiz game such as Kaun Banega Crorepati, etc. as games of skill, thereby terming the same as legally valid. The latest addition to this list is online fantasy sports games.

The Ld. Law Commission of India had, in its 276th report on Legal Framework: Gambling and Sports Betting Including cricket in India, also dealt with the distinction between the game of chance and game of skill. Several stakeholders, assisted by the author of this article, had an opportunity to make their representations to the Ld. Law Commission, whose representations were considered and also incorporated in the Report.

That being said, gaming in India is not holistically regulated in the true and literal sense as different states have different laws governing the sector. Despite various decisions rendered by the judiciary across the nation, the cloud of uncertainty still hounds over online gaming, which pulls back a number of homegrown game developers.

The Hon’ble Prime Minister while addressing the Toycathon, 2021 on June 24, 2021, highlighted his concerns over the presently available online/digital games, which are of foreign origin and either promote violence or cause mental stress. He also stated that our toys and gaming industry can play a big role in making the world understand the present potential of India including the art culture and society of India in a better way.

In view of such hullabaloo, more so when the sector is witnessing an exponential increase in stakeholders and market capitalisation, it is the prerogative of the central legislature to rise up to the occasion and create uniform legislation after taking all the states in confidence to regulate the online gaming industry at this stage only. If the sector is regulated at the right time, then consider it to be a jackpot for the country’s economy!