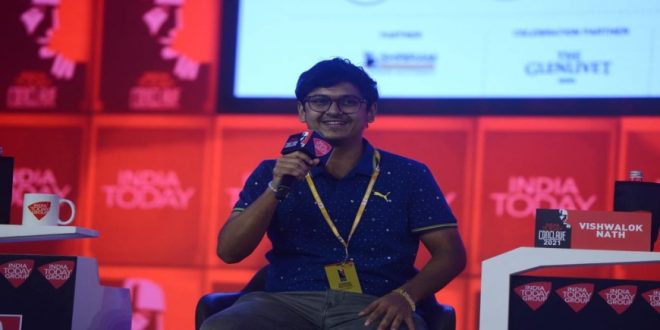 We need to have more games, tournaments, and investments in India that can lead to growth at a very large scale said esports athlete Naman Mathur, popularly known as Mortal, at the annual India Today Group Conclave.

“We need to have more games, tournaments, and investments in India, I feel then esports will grow at a very large scale and can be a viable career option. said top esports athlete Mortal,” said Mathur.

Indian Today recently hosted a session on the esports segment titled – ‘King Kong: The Multi-Million Dollar World of Gaming, And why India is still playing catch-up’.

“Being a part of the Asian Games adds a lot of legitimacy to esports, not just the games which are participating but for the entire industry, and certainly participating and competing for your country is a great feeling. Even for Asian Games, this is needed. How do you attract a young crowd to watch your games? So yes for us we need Asian Games and I believe Asian Games needs us as well as much,” said Aneesh Aravind, Head of Publishing, India Krafton said.

With these new innovations, mobile companies are coming up with better gaming experiences. Anish Kapoor, CEO, Infinix Mobiles India, said, “There is a whole lot of bunch happening in the RND space. We have introduced a Darlink technology which is very specific to us. Here we are giving people the opportunity to experience gaming from a budget segment. When we say budget segment Rs 8,000 to 20,000 is where we want to put our focus and energies on. We are working to take gaming to tier 2 tier 3 cities tier 4 kind of audiences and get younger people involved and it can be a career option for them.”

Mortal was among the first few poster boys of PUBG mobile when it was launched and he has seen tremendous success since then “The transition has always been upwards, the experience has been great, I was doing B Com and wanted to be a company secretary while doing LLB. I was also uploading videos on YouTube just for fun like how people go to play outdoor games at 5, I would play on my mobile for 3 or 4 hours a day and one of those videos got viral and people started recognizing Mortal. PUBG made me viral. Currently, it is BGMI,” said Mathur.