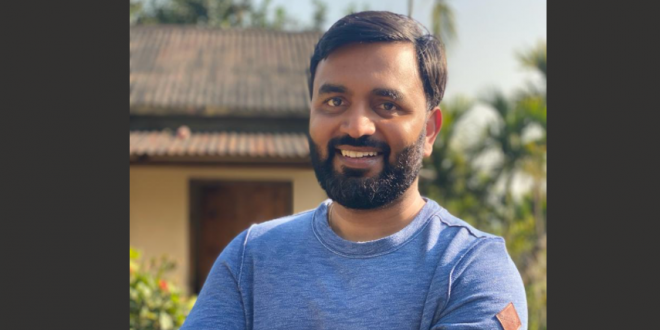 In the present where the gaming sector is growing rapidly, we will keep developing new features in all our platforms to give users a better experience of their games, said Atishay Kumar, Head of Engineering, Baazi games in an interview with BW Gaming World. Edited excerpts:

Q1. Tell us how Baazi Games make a difference in the gaming industry?

Ans- Baazi Games has constantly been at the forefront of creating a cutting-edge user experience as well as tech-based innovations. We’ve contributed to the wave of change and have emerged as the number one poker application in the country.

We use real probability analysis to help players in evaluating their chances of winning. Furthermore, AI and ML is used to collect data for the recently launched stats feature, which allows players to learn from their past performances and improve their game. We have used AI and real-time data on our fantasy sports offering BalleBaazi with the introduction of the Player Intelligence Feature which gives users data on the all-round performance of the players to make better decisions.

Q2. Do you think India is moving in the right direction as far as gaming is concerned?

Ans- India is moving in the right direction as far as the gaming industry is concerned. As per the recent industry reports, the Indian online gaming sector has experienced unprecedented growth in recent years and is expected to increase at a CAGR of 22.1 per cent from FY18 to FY23. One of the key growth factors in the development of low-cost smartphones and high-speed internet access among the urban and rural populations. Real-money games have begun to penetrate the Indian market, with various industry players joining the industry.

With over 50 per cent of the Indian population aged 15-35, augmented by penetration of smartphones and 5G, average time spent on gaming has also seen a rise, and the industry witnessed a 50-60 per cent jump in the first lockdown. With these clear indicators in place, I am confident that the next decade is going to continue seeing constant growth in the online gaming sector.

Q3. What are the major changes you have witnessed in the gaming industry pre and post COVID-19 era?

Ans- Since the advent of the pandemic, the online gaming industry has been on the upswing. Some of the most common changes that we have witnessed include like increase in the average time spent on gaming.

For many, gaming has developed into a community-based activity rather than an individual phenomenon. e.g., there has been a significant increase in the online streaming of games on social media platforms or online tournaments.

As far as the industry reports, RMG, Fantasy, and Casual gaming sectors primarily have the fastest-growing population of new-time paying users. 20 per cent of roughly 400 million active gamers in India choose to pay for games.

India is also transitioning from a phase of net importer of global gaming titles to a global exporter of content and IP. The make in India wave has been a propeller of the growing number of gaming studios and products. An industry sees a true scale when it also starts contributing to employment opportunities in a region.

Increasing smartphone penetration and cheaper data tariffs in the country also contribute to increased access to games. Last but not least, with the reorganization of gaming at the national level, many people have started taking on gaming as a profession as well.

Q4. How is real-time data analytics changing the gaming industry?

Ans- To stay ahead of the curve, all businesses, including gaming, are continuously seeking to improve the customer experience. With efficient engagement methods, gaming service companies want to increase and retain their customers. To attract new players and keep the user interest intact, it’s vital to understand the customer behaviour patterns and the effectiveness of gaming experiences.

Analytics is also capable of helping refine the game design. By looking at what works for players (and what doesn’t), game developers can create better interactive scenarios that will be more enjoyable to their audiences.

The beauty of analytics is that it can be used in a variety of fields, by a variety of people. Gamers, particularly in competitive fields, are discovering new methods to apply analytics to billions of data points. Professional esports players will record, re-watch, and analyze their games to identify areas for growth, and data analysis is soon becoming standard practice for professional teams. For example, getting started in poker may be simple, but success at the poker table requires many hours of work and study, and various apps have been developed to help in the process. Players track and analyze their game and winnings history to detect patterns that may aid them in the future.

Data analytics is also being used to improve the engagement of gaming live streams. Artificial intelligence is utilized to detect important moments and highlights in real-time during games, allowing viewers to see graphical representations of the data on-screen. While game analytics isn’t exactly new, it’s expected to become more popular shortly. Gamers, after all, generate more data than ever before.

Q5. Do you think the gaming industry space can be revolutionised by the same?

Ans- Many industries have found incredible uses of analytics, and the gaming industry is no exception. With millions of individuals engrossed in gaming throughout the pandemic, developers and gamers alike are turning to analytics not only to improve their games but also to improve their skills at playing them.

In today’s fast-paced world, analytics is a powerful tool that helps companies to evaluate and analyze their users. All game developers strive to make games that people love, regardless of what genre they specialize in or what platform they use. After all, better games imply more players, which means more revenue. The number of daily active users (DAU), monthly active users (MAU), and average income per user are all indicators of a game’s success (ARPU).

In a nutshell, the way forward for the gaming industry is directly through analytics. We have one of the largest gaming populations in the world and it’s our responsibility as tech-first gaming firms to find innovative ways to use data to drive curated user journeys.