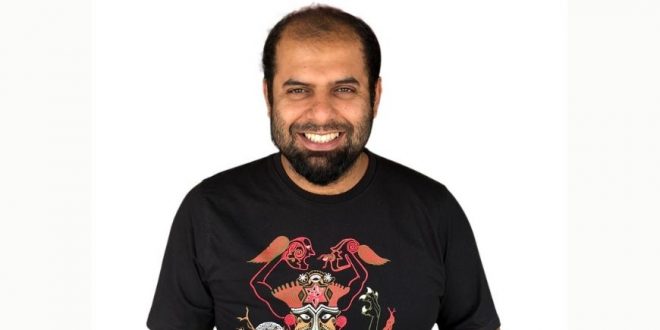 Winzo Games’ co-founder and CEO Paavan Nanda speaks on the company’s microtransactional model, which is designed to deliver strong economic units to the Indian gaming ecosystem and bring one of the highest engagements globally. The model is clocking 1 billion micro-transactions per month and is working to uplift and support the Indian game developer ecosystem. Nanda also shares about Winzo’s strategies, plans, and more

Started by Paavan Nanda and Saumya Singh Rathore in early 2018, the app is focusing on building a community of gamers and game influencers in tier II-V cities of India. After raising in debt capital, the company executed buyback of equity securities from Hike Global, which invested a total of USD 5 million, along with Kalaari Capital in 2019. The social platform, amid the happenings, launched many multiplayer games this year to meet the gaming needs of its users. More than 30 games such as chess, tennis, and golf have debuted within the last three months on Winzo.

Winzo has turned into an alternative mode of entertainment for users during the pandemic. Hence, the company focused on engaging and connecting its users on the platform by introducing more private gaming formats and launching a messenger feature aiding audio and video conversation for the users while participating in gaming activities on the app. It partnered with Nazara, Nextwave Multimedia, and Reality Unit to bring their most popular games on the app in more than 10 regional languages.

Winzo is a microtransaction-led social gaming platform that focuses on building a community of gamers using the power of localisation and personalisation of the content consumed by the users. “To instill trust and confidence among the users, a majority of which belong to tier II-V cities, towns and rural areas, we offer a low-ticket size transaction which is as low as Rs 2,” avers Nanda. This has helped the gaming company scale up the user base to more than 40 million, who are clocking more than one billion microtransactions in a month. “Most of these users are making their first digital transitions on our platform,” he adds.

Another aspect of the business is to provide alternate and more efficient models of game monetisation for the game developer community. “Our microtransaction-based monetisation model rates much higher in efficacy as compared to the traditional models of game monetisation such as in-app purchases (IAP) and advertisements,” says the entrepreneur. He further shares how this has helped developers earn up to 10X more revenues from the same games as compared to their Google Play Store and App Store revenues. Any developer across the globe can submit their games on Winzo Developer Console and start making 10X revenues by onboarding their games on Winzo.

Scaling Up The Business With Growth Strategies

The Gaming ecosystem is seeing a lot of new entrants; however, it is a sector with infinite potential believes Nanda. The global gaming industry is bigger than the music and movie industries put together. “Rather than focusing on competition, we like to keep our eyes and ears on our users and try to deliver the best entertainment avenues for them. In addition, Winzo is a horizontal technology platform with millions of paying users, and we derive our strength from our partnerships with new and existing game developers and content creators,” he explains.

Speaking on the strategies, Nanda explains, “We have always taken cost-efficient and path-breaking approaches. While the intuitive approach for any gaming company would be to tap the easier metro and tier I audience first, Winzo saw and successfully tapped the potential of the real India i.e., tier II to V towns and rural India through its deep-down distribution strategy by closely working with nano and micro-influencers across small cities and towns in the country at a massive scale.”

Pioneering The Vernacular Trend In Gaming

Apart from English and Hindi, now digital gaming startups have started to introduce their games in regional languages like Tamil, Telugu, Kannada, Bangla, etc. The motive of the social gaming app has always been to make gaming accessible to non-metro, especially areas with relatively poor connectivity and low-end devices. “We want to bring the best experience in gaming for our users, not only by personalising their experience by adding more languages but also solving on the technology front and optimising the app performance at par for such regions facing connectivity issues.

“Although we kickstart our platform with Hindi and English, we already knew we had to adopt more regional languages to cater better to the deeper roots of the country,” Nanda says. Hence, today Winzo allows its users to choose from more than 10 languages on the platform. “Vernacularisation has been very core to the way we think about our audience, our product, structure our team, etc. It enables us to look at India as a continent like Europe where each state is almost as big as a European country with its specific language, user preferences, youth icons, and reliability factors,” he states.

Nanda thinks due to the lack of innovation in traditional revenue models and lack of proper infra in the Indian gaming sector, a majority of Indian gaming studios and developers had focused on building for the west. “Our motive with truly adopting a platform-based approach was to further solve for their revenue stream in parallel,” he asserts.

Alongside, setting up the game developer’s fund I and II, the company intended to empower small studios and indie-developers to execute their gaming ideas with its extended support, opening more opportunities for them. “These games were also on-boarded on our platform and provided them the direct access to our 40 million-plus user base across India,” Nanda shares.

He says, “Before the pandemic, we had also opened up our office to these independent developers to come and collaborate with us directly. With the right amount of support from our technology and business team, we tried to help these developers build their games giving them a complete and better context of the industry.”

The company announced game developer fund I of USD 1.5Million in mid-2019 and recently announced a game developer fund-II of a USD 5 million corpus after its series B fundraise. “We received more than 250 applications and ended up deploying the capital across nine teams. Due to such an overwhelming response, especially from independent game developers across India persuaded us to advance with GDF II at even a bigger scale,” Nanda speaks.

He shares that the company has set up this fund-II for USD 5 million, which is around Rs 37.50 Cr, to further uplift and support the Indian game developer ecosystem. “This move is in line with Prime Minister’s Atma Nirbharta mission where the company is scouting to fund projects in the interactive entertainment space,” Nanda shares. The gaming company is especially focusing to represent and elevate niche, local, or small-scale gaming studios and independent game developers across India. “We are all ears and welcome applications from individuals or teams who have great ideas or established products that can bolster the Indian interactive entertainment industry,” he concludes.

Previous The Economic Impact Of Online Fantasy Sports In India
Next SuperGaming Raises $5.5 Mn In Series A Funding