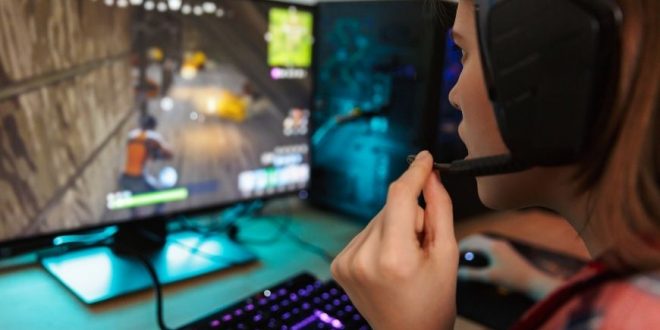 Gaming is often seen as a man’s arena. The world has been quick to consider the industry and culture of video games a domain of gadget-friendly and tech-savvy men. But if you dig a little deeper, truth strikes, and you will realise the video-game industry is not as much of a boys’ club as its loudest trolls want you to think.

According to ‘Think With Google APAC-Play like a Girl Report, 2020’, nearly 18% of all gamers in India are women and the number is increasing at a pace faster than ever. Further, with over 250 million mobile gamers, India features among the five biggest mobile gaming markets in the world, according to a report titled ‘The Power of Mobile Gaming in India’ released by the Mobile Marketing Association (MMA). A study conducted by InMobi also revealed that 43% of the mobile gaming audience in India are women across diverse age groups. This number increases to almost 48% when compared with the developed world where women gamers are growing faster than men.

Mobile gaming conceived in the 21st century does not rely on traditional physical skills for success. Mobile gaming relies on both the right and left parts of the human brain, and it is increasingly established that gaming solutions that draw on creativity rely on the left side of the brain to drive scores. This is where it has now become exciting for women gamers to come on board as success now relies on a more holistic involvement of the brain without recourse to sheer physical power.

The visibility of women in the gaming industry is therefore increasing and new gaming studios are evolving around the world to accelerate this change. India’s gaming sector has also become more inclusive enabling people from various backgrounds, genders, races, and geographies to be onboarded to gaming platforms.  wider inclusivity also makes it more attractive to women as the platform as it presupposes a higher level of safety from online abuse.

The online gaming industry has a problem with abuse and gender-based discrimination, and these games are revolutionary forces changing the winds of the toxic ways and means of the gaming industry. The gaming company has kept all in-game conversations free from harassment, hate speech, or abuse as gamers can interact with each other only through pre-set responses in a chat-box-like experience. Further, to avoid stereotypical depiction of women, characters in every game are realistic and inspiring, and the games do not represent any conventionalized gender image or bias.

The narration and storylines in games are also witnessing an alteration as gaming companies are becoming more mindful of the importance of diversity and equality in the community. ‘PrinceNapped’, a character-driven mobile game is one of the best standing testimonies to this. Created by Ker-Chunk Games, a development studio with three female co-founders, the game smashes a classic cliché as players rescue the prince rather than the princess. Another game to have a significant contribution towards a more inclusive gaming community is ‘Dream Daddy’. Here, the main character, a widowed queer single father, moves to a town conveniently populated by attractive single dads.

We are dawning upon a new age for women gamers. The gaming industry is fiercely marching towards incorporating more women-themed designs, graphics, and lead characters. As more women are shaping the Indian gaming community, the associated ecosystem is also maturing by leaps and bounds. With the increase of accessibility and affordability of gaming technology, we can expect the engagement of women in online gaming to increase exponentially in the coming years.

Simultaneously, the industry is also evolving for the better – into a more inclusive and gender-neutral one where women gamers, content creators, and hosts are encouraged and appreciated. It wouldn’t be wrong to call this an ideal time for women gamers and developers alike to excel in and mould this ever-emerging industry.

The author Danish Sinha is the founder of Gamestacy, a women-centric game developer company.