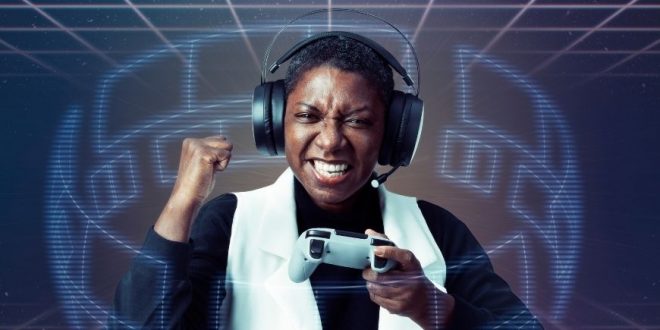 When we consider the audiences for gaming, we do not exclude women. In fact, they make up for about 50 per cent of the potential gaming audience. Thereby, it is essential to have women in the decision-making, designing and development processes as well. Subi Chaturvedi, Chief Corporate and Public Affairs Officer at Zupee points out, “If we cannot have a women’s perspective, how do we expect to attract female users? Gaming is about engaging, empowering, and entertaining and you need as many perspectives and new ideas as possible to make it interesting for everyone. From our experience, women are more inclined towards the user experience and thus design and gameplay become the focus for them, besides the business.”

Playerzpot’s Brand Manager Ankita Ashara takes gaming as a passion-based industry and thinks, the future of women in gaming is increasing through the social media influencers and YouTube stars who are creating powerful social spheres where being a woman in gaming are not only accepted but celebrated, and even branded as ‘cool’. “Since the beginning of the decade, the attitude towards women in gaming in general and across the board has shifted. The rise of women in leadership roles at gaming companies has also led to women gaining high-level development roles – not just c-level positions. So, the business of gaming has evolved over the period of years and women are really levelling it up and it’s no more a man’s world,” Ashara speaks.

Poornima Seetharaman, who joined the gaming industry in 2006 and has since worked on BioShock, FarmVille, and How to Train Your Dragon franchises, is presently the director of design at Zynga, a developer of social games played by millions around the world. “It is true that gaming is believed to be a man’s world. Much like most other businesses, it started as a man’s world but the aim is to make it one that involves everyone without any bias of any form.” Seetharaman, who essayed multiple roles across programming, game design, and product, expects women and other marginalized genders to be just as great as anyone else to make headway in the gaming industry. “Having a diverse set of creators is super important when we also try to cater to them as consumers. It is definitely a great opportunity that has ample scope for exploration,” the designer speaks.

Investment banker turned gaming entrepreneur, Parineeta Rajgarhia, founder of Zero Latency India thinks that the notion around the gaming industry being male-centric is common, however, untrue. The males dominated this industry in the past, but the numbers are balancing out fast, with almost 45 per cent of the players now being women. “The scale doesn’t tip towards one side anymore, which facilitates a gender-neutral approach in the ecosystem while eradicating sexism. As the number of women voicing their perspectives and demands is growing, the developers are also listening and catching up,” says the tycoon. In 2020 alone, new game launches with female protagonists were 18 per cent higher compared to an average of 5 per cent in the past few years.

Funnearn’s Founder Harsha Sachdeva be of the view that the biases in business are not limited to the gaming industry. She thinks the women who are entrepreneurs or have been running businesses for a long do not highlight their success or failure like men do. The businesswoman whose company has 85 per cent workforce as women, highlights – just like any other business, gaming as a hobby and as a business is different. Gaming is still not an enormous industry in India and the ratio of women gamers is still marginal she believes. “I want to make this space more familiar and interesting for women. Gaming is a very interesting business that is not as respected as other domains or industries especially in India. I think it is high time that the perception is changed. I believe women are inherently more creative and they can use this to their advantage very well in the gaming industry.”

In 2020, 84 per cent of executive positions in the top 14 gaming companies were men Chaturvedi shares. Overall, only 24 per cent of the total workforce was female in the gaming industry. She also read about how 45 per cent of women in the British gaming industry believed that their gender limited their career progression. “These were big concerns and naturally, this interested me as a challenge, having successfully broken glass ceiling and represented the country before and pushed through in extremely technical and male-dominated fields like Internet governance,” she further speaks. But once you are in the business, there lies a set of challenges which the women in the gaming business come across.

Rajgarhia shares her set of challenges. Talking about the execution of her gaming business, it involved location and compliance challenges, however, the unconscious biases as a woman gaming entrepreneur were constant. “I received quizzical glances every time I spoke about my venture, as people did not associate gaming with women. Unbothered, I still went headstrong and changed their perspective. About 40-45 per cent of players at Zero Latency Mumbai Arena also happen to be females,” the businesswoman proudly attributes.

Seetharaman looks at the silver lining of opportunities in the gaming industry, though followed by more challenges. While speaking of her share of hardships, the game designer shares, “Some of the challenges I have faced and have corroborated with other women too is largely attributed to not being taken seriously in this industry and often having to work twice as hard as an average man to be even considered for a promotion and to be validated. Having said that, things are changing. Today, a lot of organizations and communities are taking the right steps to improve and appreciate diversity.”

Gaming-up The Career With Gaming

Seetharaman started the Women in Games India (WIGIN) community to encourage more diverse footprints of women into gaming. Her belief that more women entrants are making a way in gaming now is now getting stronger. She speaks, “In game development, you can explore core areas like design, art, programming or QA to marketing, publishing, data analytics, and the various managerial roles of production, product management, and other supporting functions. And you don’t need to be a gamer as a prerequisite for some of these roles! Besides these, you can also choose to be in esports or become a streamer.”

Samin Ahmed, who is Head of Marketing at BlitzkriegXP states that pursuing a career in gaming and esports is a logical decision for any person regardless of gender. Citing the exponential growth that this sector boasts, she also highlights the other fields within the gaming community where women can explore opportunities. “Marketing, branding, content, operations, and human resource are the pillars of the gaming world too. While women are undoubtedly excelling in the corporate world, what is stopping them from giving it a go in the gaming world? With women commanding the helm of global conglomerates and corporate empires in current times, the same is already being replicated in the esports world as we currently speak. The gaming world is a promising sector which has not even peaked yet, but is still mammoth-sized, so beginning early and committing to it is the perfect career choice for both men and women alike,” she concludes.

A woman gamer is inherently given the tag of the outsider, avers Rajgarhia. But instead of being disheartened, use it to your advantage by standing out and presenting your point of view, she says. Women enter with their own set of questions that they themselves find answers for, which regardless benefits the community as a whole. Entering such an Industry comes with high stakes, but also high rewards. And as you strive to prove yourself every single day, at some point, you are not going to be the outsider anymore. Summing it up, Rajgarhia concludes that women in the gaming industry see from the lens of what the millennials and Gen-Z want, rather than bucketing it into what male or female gamers want, thereby not restricting the growth of the industry by leaving aside the vast untapped gamers across genders. 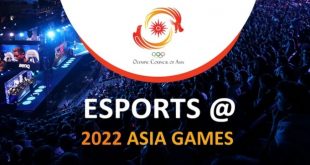 Is India Prepared For Esports In Asian Games 2022?