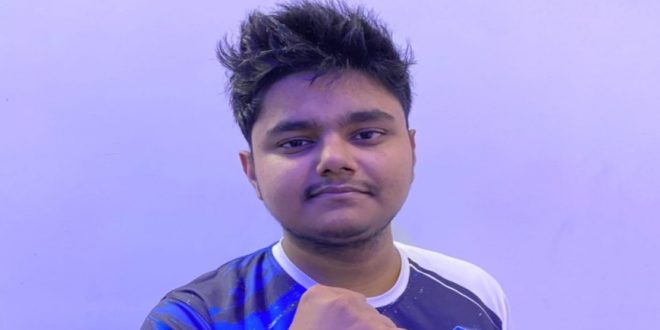 Ashwani Yadav also known as Ignite in the gaming world, is an esports athlete who is aiming to win big against the players of Pakistan and Nepal.

In 2017 Ashwani Yadav was introduced to the Free Fire game by his friend and since that day, Ashwani aka ‘Ignite’ has not looked back in life.

Yadav led Desi Gamers esports team is among the top 5 YouTube channels for Free Fire content in India with mammoth followership of 12.3 million subscribers as of date.

Talking about gaming, Yadav started playing free fire three months after the launch in 2017, at that time he would use his brother’s or mother’s phone to play games.

In 2019 he and his team played a professional tournament for the first time which was organised by India Today Group.

In 2020 Ignite formed his own team 4AM with whom he participated in multiple tournaments which include Free Fire Pro League India, Conquest Free Fire Open, Free Fire India Championship Spring to name a few, after a gritty performance in FFIC Spring his team name changed to Survivor 4AM.

As part of the Free Fire India Championship 2021 Fall, he represented India at Asian Level and led Desi Gamers to a fourth-place finish.

Yadav has also represented his team in some key international tournaments and is now a pro in Free Fire Competitions.

While talking about the Tri-Nation World Esports Cup (WEC’21), Ashwani aims to ignite a similar passion among other gamers and feels the ability of our gamers to be good both in the offence as well as in defence will help Indian gamers to have an upper hand against the gamers from Nepal who are primarily very defensive players while the ones from Pakistan only believe in attacking.