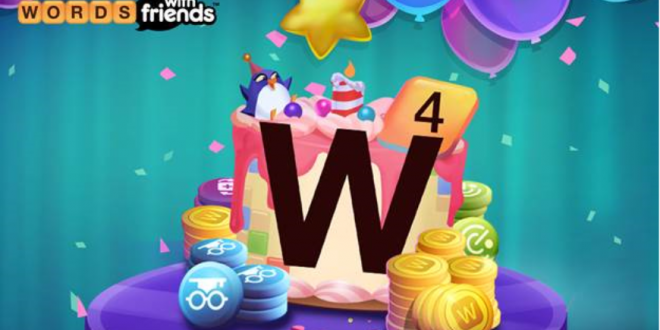 Zynga Incorporated, a wholly-owned publishing label of Take-Two Interactive, announced that to mark the 13th anniversary of Words With Friends on July 19, which is “National Words With Friends Day” in the United States, the franchise has kicked off a celebratory campaign with its community. The in-game extravaganza, which will also be celebrated on the game’s social platforms, will feature a slate of gameplay events, giveaways, challenges, and sweepstakes.

“Words With Friends has grown beyond a mobile game into a pastime that’s embedded in popular culture, and we’re excited to enjoy National Words With Friends Day with our community,” said Yaron Leyvand, Executive Vice President of Mobile Games at Zynga. “Every day, Words With Friends connects millions of players around the globe, and we want to recognize the importance of those connections by celebrating our franchise’s 13th birthday together in the game we all love.”

Key birthday promotions taking place in Words With Friends 2 include:

Words With Friends 2 is playable on iOS and Android devices, as well as on Facebook.

Previous BGMI Now Downloadable As APK
Next Avatar Based Identities Is The Future : Siddharth Puri, Co-Founder and CEO, Tyroo