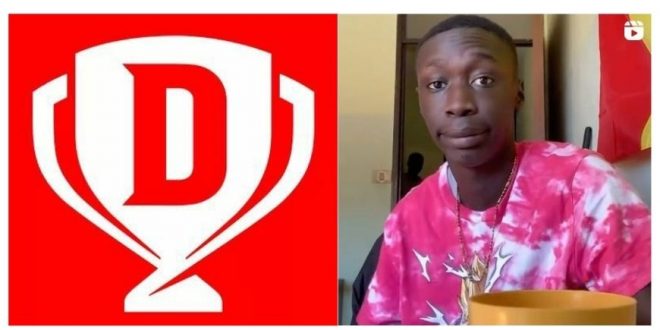 One of the world’s biggest social media influencers Khaby Lame joined hands with Dream11 to raise the decibel levels of the fantasy sports platform’s IPL 2021 campaign #Dream11PeDimaagLagaNa. Dream11 and White Rivers Media roped in the Italy-based TikTok juggernaut in what was Khaby’s first-ever Indian brand collaboration, and the results broke the internet.

The show-stopping integration of Khaby’s signature stood out for its sheer simplicity and innovation in brand messaging. The collaboration has garnered millions of views since its launch on Monday and has hit the right chord with popular influencers and netizens, making it one of the most talked-about campaigns this season.

The video begins with digital creator Viraj Ghelani reporting an unnecessarily complicated way of consuming french fries to the simplistic brainiac. Khaby goes on to show how it should be simply done and reiterates the brand’s message to put their intellectual might for picking a team on Dream11, and not for complicating simple tasks.

The brand’s communication of ‘Dimaag Lagana Hai To Dream11 Pe Laga Na’ lands as a perfect extension to Khaby’s deadpan party piece. While he tells the world that simple things don’t need to be complicated, Dream11 encourages people to rack their brains to build the best winning team on India’s biggest fantasy sports platform.

“I could really just imitate Khaby’s signature expression at this point; for this seemingly obvious association is that simplistic. Much like his videos, it summarises the present-day Indian influencer collab scene for you. We have seen the first half, where brands can come up with as many twists to capture attention and still leave enough room for ambiguity. However, nothing can replace the magic of driving the message home, and into the hearts of your audience, with an influencer who personifies your brand’s preach.” said Shrenik Gandhi, Co-Founder & Chief Executive Officer, White Rivers Media.

Previous Five Things That Will Fuel The Growth Of Esports Industry
Next Dream Sports Gears Up For Expo 2020, Dubai

The Federation of Electronic Esports Association of India (FEAI) organised a national summit, on Thursday, …