Sumo India Studios were treated to expert training from Epic Games recently as its people begin to work with the latest powerful games engine software, Unreal Engine 5. Unreal Engine is a popular and widely used game development engine, and Sumo India Studios, as well as other Sumo Digital studios globally, are using this tool to maximize the impact of the games it is currently developing. The training organized, by Epic Games, gave 25 members of the team at Sumo India an in-depth look into some of the common tools available within the engine.

Arvind Neelakantan from Epic Games conducted this training and focused on various topics including Lighting Setup, Importing Asset, Blueprints, Landscapes, Grass/Rocks/Vegetation, and Gameplay framework. In addition, Arvind also took the team through topics such as Character Setup and Movement, Input, Animation, Niagara Effects and Sounds (Meta sounds). Some of the distinctive features of Unreal Engine 5 were presented in the form of the modules whilst creating interactive scenes and shots.

Commenting her views on this training session, Shruti Verma, Business Lead -India/ SEA- Epic Games, said, “We are happy to support Sumo India Studios with the latest Creator Tool. We will continue working with creators in the region to help them learn and grow.”

Unreal Engine was developed in 1988 by Epic Games specifically for first-person shooter games. It has grown and evolved exponentially ever since then. The latest version, Unreal Engine 5 was launched in April 2022. It is now used for creating fighting games, role-playing games, stealth, and other MMORPGs. Due to its flexible and scalable attributes, Unreal Engine allows for the development of games across multiple platforms from PC to consoles. 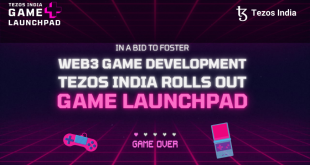