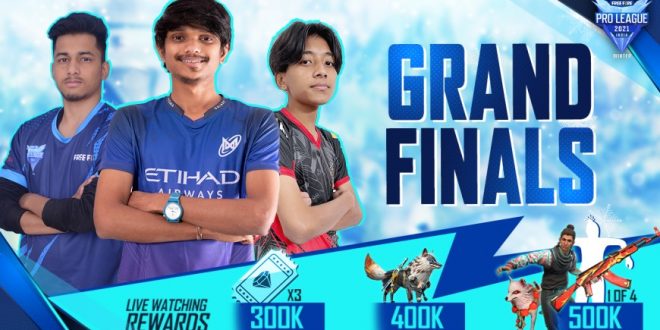 FFPL 2021 winter grand finals will see 12 teams battle for the majority share of the Rs 35 lakh prize pool on 30 January 2022, 6 PM IST, according to the official statement.

However, the prize money will not be the only reward at stake as top-performing teams at FFPL 2021 Winter will get the coveted opportunity to participate in FFIC 2022 Spring, the marquee esports tournament of Free Fire in India.

FFPL 2021 winter grand final is the outcome of 6 exciting league match days between teams from India and Nepal, across the month of January.

The 12 finalist teams that made it to the Grand Finals are:

Rewards galore for all the fans tuning in for the Grand Finals:

To celebrate the grand finals with the community, fans will receive appealing in-game rewards the more the community tunes in to enjoy the Grand Finals! The exciting drops include:

Dream Team is an in-game event in which users collect points depending on how the finalists perform in FFPL 2021 Winter. It is simple to play and players can stand to win great prizes, All players need to do is log in to Free Fire, click on the Esports tab and select their Dream Team featuring their favourite players in the grand finals, prizes up for grabs include The Phantom Bunny Bundle and Heart of the Dead.