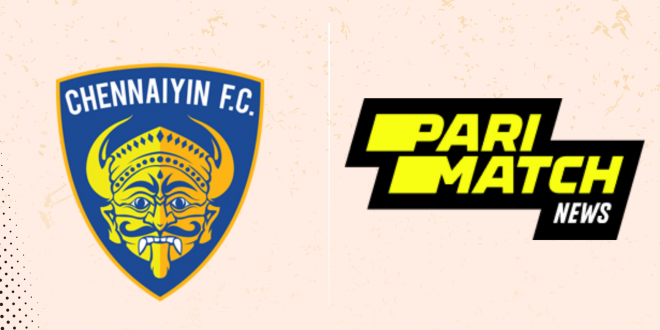 Parimatch News—a sports, e-sports and entertainment outlet that is dedicated to producing high-quality sports coverage and cutting-edge analytics for all sports fans announced as the Principal Sponsor of Hero Indian Super League club Chennaiyin FC, ahead of the 2022-23 season.

PMI, a service company engaged in the development and implementation of the expansion strategy for Parimatch News brand, announced the new initiation and is all set to witness the ascent of the football sector in the country.

By inking this deal, Parimatch news takes another step toward investing in sports beyond cricket. It’s part of the company’s strategy to expand its presence in India, by helping raise the profile of football and alongside ensuring that talent can grow from the grassroots up.

The Marina Machans, as Chennaiyin FC is fondly known, have won the Hero ISL twice, in the 2015 and 2017-18 seasons, and finished as runner-ups in the 2019-20 season. They have a strong and passionate fan following who dedicatedly follow the club. The club plays its home games at the Jawaharlal Nehru Stadium, nicknamed Marina Arena.

“We are glad to have PariMatch News on board with us in a season where fans will be back in stadiums, after two years. We at CFC welcome them to the club and hope for a successful season together, both on and off the pitch,” said Vita Dani, co-owner of Chennaiyin FC.

“The Indian Super League is something every football fan in the country has come to embrace. It shows how far the beautiful game has evolved in India, and also its potential to grow further. By associating with Chennaiyin FC as a sponsor, Parimatch News is proud to contribute to the league’s journey towards becoming the storehouse of talent for the national team. The Chennai fans bring so much passion in their support for their team, and I can’t wait for the new season to start, and to hopefully see the Marina Machans celebrate a third title!” said Dmitry Belianin, CCO, Parimatch International

Previous Pokerbaazi Partners With SHIELD To Enhance Fraud Prevention
Next Optoma Retains No. 1 Position In The 4K UHD And Laser Projector Segments In India