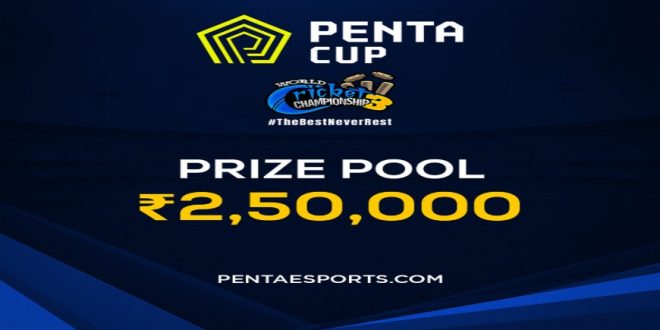 According to the official statement, registrations have started and players can enter the tournament by registering on Penta Esports’ official website.

The qualifiers of the tournament will run from 28 March to 5 April. The playoffs will be broadcast live on Penta Esports’ Facebook page and YouTube channel from 8 to 10 April.

Kiran Noojibail, Co-founder and Head, Esports, Penta Esports said,  “We’re excited to launch a brand new tournament IP for the aspiring esports athletes. World Cricket Championship 3 has been a popular title with the players and hence we are launching the first edition of ‘Penta Cup’ with this game. Going forward, we plan to bring in more esports titles with ‘Penta Cup’.”

World Cricket Championship 3 is the only esports title so far to be a part of two editions of the Penta Amateur League, which is exclusively for amateurs and semi-professional esports athletes and teams.

P.R. Rajendran, CEO and Founder, Nextwave Multimedia said, “We’re glad to have WCC 3 as the esports title of choice for the inaugural edition of the ‘Penta Cup’. WCC 3 has received very encouraging response from the players during the Penta Amateur League and I am sure ‘Penta Cup’ will bring even more opportunities to the players.”